This week’s interview is with Héng Lóng Wěi, the antagonist from Peggy Christie’s vampire novel The Vessel.  Here’s a taste of the storyline. 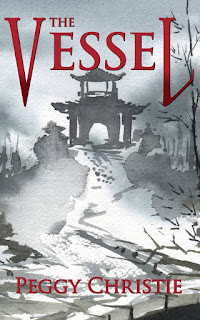 Nora is an average woman in an average job with an average life. She senses that she is destined for more. Nora has no idea how right she is.

A group of rogue Chinese vampires target Nora who, according to a centuries old myth, is the embodiment of the collective energies of all the souls that have ever or will ever exist. For the vampire who can possess her life force that is infinite power. For Nora? Death. For the world? Oblivion.

Nora is forced to trust another sect of these vampires in order to stop the evil that will destroy all life as we know it.


That certainly got my attention. Let’s find out a little more.

My name is Héng Lóng Wěi, but my birth name was WŭDá Kuí. I was born in China in what today’s calendar would be 685AD. My father was an Imperial Guard, and my mother was quiet and subservient, as she should have been. But with my father gone in the army during Empress Wŭ Zétiān’s many, many wars, a hermit in the mountains was more a father figure to me. In fact, it was Zhōng who first told me about the línghún chī, or the more vulgar ‘vampires’ as you would call them. And the rest…is history.

Considering I am a vampire who is over one thousand years old, the question is already answered, yes?

My dear boy, why do you insist on asking these ridiculous questions? Obviously, I came first. The author was not even a consideration in her parents’ minds when I was already on my thirteenth century of life.

I believe patience is my greatest strength. I waited for centuries to encounter a căi ji shén, in the form of Nora in this century. And that’s all you need to know.

Aside from giving you my backstory, I believe the fact that the legend of the căi ji shén has been proven feels like vindication for me. So many laughed at my beliefs, thinking me a dullard or ridiculous. Granted, I killed them all before I could gloat, but I do not regret anything I have ever done or believed to arrive at this point.

I secretly wished to be an heir of the Emperor. That way I could have had my enemies decapitated on demand, especially those who tried to poison me and my mother when my royal status was only a rumor.

If they serve a purpose, then yes.

Feeding is probably one of the most enjoyable activities for me, particularly on someone who is an unwilling participant and is brimming with despair.

I refuse to participate in such frivolity.
Who’s your best friend and what influence have they had on your life?

I do not have friends.

This interview is finished.

Xīn moved to the center and knelt on the floor. He prostrated himself before a man sitting behind a large wooden desk. Nora gulped but stood frozen in place. She wasn’t sure what she was supposed to do. Should she bow and scrape or just stay put? What would be the worse offense?

She would stand her ground until Fā Xīn or the man made a move to include her. After a moment of showing the proper respect, Fā Xīn rose and walked over to Nora. He held out his hand for her and she accepted it with a smile. Leading her to the center of the room, Nora’s eyes fell on Master Héng as he stood.

He was a tall man, exceptionally tall for being Chinese. As he moved around the desk, his slim graceful frame appeared to glide. He clasped his hands behind his back as he circled Nora, as if he were a saloon owner sizing up his new whore. She prickled at his scrutiny but kept her mouth shut. Not only was she afraid of making this imposing man angry, she didn’t want Fā Xīn to incur any wrath on her behalf.

After a few minutes, Nora began to squirm under his scrutiny. She looked to Fā Xīn for help but he stood off the side, awaiting his master’s command, like a good a dutiful son. She looked down at herself from time to time, just to be sure her sweater was neat, her fly wasn’t open, or no toilet paper was stuck to her shoe. Granted, she’d hadn’t been near a bathroom for a few hours but with her luck, she would have picked some up on the trip over and trailed it all the way down here just so Master Héng could tsk at her for being unkempt and inappropriate.

Why was she so nervous? It’s not like this was a job interview. She wasn’t here to win some beauty contest. Hell, she wasn’t engaged to Fā Xīn and need approval from his family. So what’s with the inspection? Why did Fā Xīn even bring her here? And who the hell were they to ‘approve’ her anyway? She had a good mind to…

Nora had been so tuned in to her internal monologue she didn’t notice that Master Héng stopped circling her. She turned around to face him, ready to let fly any defensive comment she could conjure at the first negative word out of his mouth. She never could have anticipated what he did.

Nora’s mouth fell open in surprise as Master Héng knelt before her. She managed a quick peek at Fā Xīn who stepped away from his secluded quiet spot and stood behind Master Héng. He surprised Nora when he knelt as well, hands on his thighs and head down. When she looked back at the Master, he had folded forward at the waist so his forehead touched the floor in front of her.

When he moved to stand, she reached out to help him. She had forgotten he was a vampire, centuries old for sure, and didn’t need her help but he was not offended by her gesture. He seemed almost grateful for her touch. Smiling, he patted her hand and turned to Fā Xīn, who was just standing.

“This is indeed as I suspected. She has the power of an almost infinite number of souls. It’s most intoxicating.”

Master Héng stumbled and Xīn quickly moved to his side to support him. He helped the Master sit down behind the desk. Nora remained in the center of the room, even more unsure of how to act now, and fumbled with the edge of her sweater while looking down at her shoes. She heard a low chuckle and looked up to see Master Héng smiling at her.

“Fā Xīn, please find a chair for our esteemed guest.” 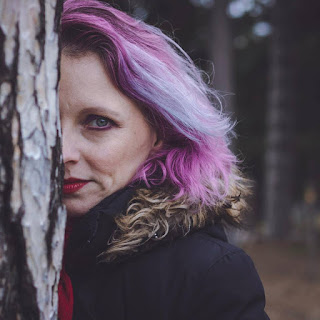 Art
Peggy Christie is an author of horror and dark fiction. Her work has appeared in dozens of websites, magazines, and anthologies, including 13 Little Hells, Necrotic Tissue, and Fearotica: An Anthology of Erotic Horror. You can find her short story collections, Hell Hath No Fury and Dark Doorways, from Dragons Roost Press, and her vampire novel, The Vessel, from Source Point Press. Peggy is one of the founding members of the Great Lakes Association of Horror Writers, as well as a contributing writer for the websites of Cinema Head Cheese and Slack Jaw Punks. Check out her webpage at themonkeyisin.com for more information on her other publications, and appearances.

Peggy loves Korean dramas, survival horror video games, and chocolate (not necessarily in that order) and lives in Michigan with her husband and their dog, Dozer.

As with all my guests, I ask them to suggest some music that would fit with their character.  This is the response Peggy sent.

My character, Master Heng, doesn't listen to music. BUT...I think he would appreciate the brutality, and Lestat's music, from the clip from Queen of the Damned when Akasha shows up and kills everyone.

Posted by Motown Mysteries at 7:38 AM