Making Sense of it All

Every couple of weeks, I lead a workshop for people who are interested in writing.  We don't have a set agenda.  Everyone is encouraged to share something from a project they are working on. There is a lot of feedback given that is very helpful.

We often talk about the different aspects that go into writing, whether it is settings, character development, plots, conflicts or any other topic that comes up. When the group first began, they asked me for assignments. These were little scenes I'd create on a specific area.  Completing them is strictly voluntary.  The others tell me it's helpful to continue their own projects after they have done the assignment.

Here's the latest one. Try it if you'd like.


Most of us are blessed with five senses. Six if you count the sense of humor. Seven if you count common sense. Eight if you … never mind. When working on a story, you want to incorporate all of the senses in such a way that it draws your audience in.  You don’t want to bludgeon them but ease it in whenever you can.  Like this:
The lemon infused olive oil began to sizzle in the skillet. In the background he could hear the strains of a piano, guitar and saxophone, a soft jazz tune that was helping to set the mood. From the cutting board he gathered a double handful of sliced mushrooms, peppers and onions. If he had been a dancer, some would have described Drake’s move as a pirouette. Hips swaying, he spun from the counter and dropped the veggies into the pan with a flourish. His right hand snapped out and brought the press from its hook.  Quickly he packed the chamber with three large cloves of garlic.  The sinewy muscles in his forearm bulged as he squeezed the handles together, adding the juice to the pan.
Bending close, he inhaled deeply: heavenly.  The colorful mixture seemed to talk to him, whispering with delight as the flavors mingled. Drake gave the pan a vigorous shake. It was time. The bowl of raw shrimp summoned him.  Slowly he poured the contents into the pan, spreading them out, watching them jump. A moment later they began changing colors. He shook it again.
Behind him there was the pop and sigh as the cork was pulled free from the bottle. A glance over his shoulder confirmed his suspicion. Emma poured a generous glass of dark red wine and gave him a sultry smile, her luxurious tresses cascading beyond her shoulders. When he realized she wore nothing but the smile, Drake scorched his hand on the skillet.
Could you hear the way the food was reacting to the heat? How about the sound of the cork sliding out of the wine bottle, the food sizzling or the music playing?  Did you smell the food cooking, or the wine being poured?  Can you visualize the peppers and mushrooms in the pan, sliding about as Drake gave it a shake?  Or his reaction to her presence? Did you jump when he burned his hand? Or at the image of Emma? Can you taste the wine or the dinner?  Does anything in that passage bring a rush of memories?
That’s what you want to do. Draw memories to the readers mind, helping them visualize your scene.  It doesn’t have to be in the kitchen. Here’s a list of possible starters for practice.  Include as many senses as you can.
·        You could use a favorite restaurant.
·        A fishing spot, where the sun is reflecting off the water, like a spray of diamonds.
·        The damp, muddy ground in late March, where the final remnants of the winter snow have left your background resembling a swamp where dinosaurs once played.
·        A coal black night in the dead of winter, where a freshly fallen snow coats everything with a dazzling white paint.
·        A ride on the South Shore train, crammed with commuters on their way too or from work or play.
·        An early morning spring shower that leaves the pavement littered with a colony of earthworms.
·        A crowded movie theater where two shy, late arriving strangers end up in adjoining seats.  And then…

What's In A Number?

You've probably heard the line from Shakespeare, "What's in a name?" on more than one occasion. I've used it in lectures and in workshops for writers.  There's so much to be said for names, how they can be a sneak peek at how the character may behave. Or it may be an ironic twist that has absolutely nothing to do with the story.  The author may have just liked the name.

Sometimes you'll see a blurb at the back of a novel where a famous author has supported various charities by letting people bid on having a name included in their upcoming work.  It goes to show you never can tell.

But what about numbers?  I'm no math wizard but sometimes numbers play just as important a role as names do in a story.  Which leads me to today, March 19.  Or more precisely, 319.  That collection of numbers has a significant meaning to me.  Primarily because it has special significance in my mystery "Why 319?"  So each year when this day rolls around, I've been known to raise a glass in recognition.  Three nineteen.  That's how I say it.  I've even heard quarterbacks use the same numbers when calling signals during a football game. Makes me wonder if they read the book.

In the novel, the murder victims are found in room 319 in different hotel room around Metro Detroit. The last time I was traveling, I tried unsuccessfully to get that room at the hotel. Maybe next time I'll request it when I make reservations.

So that's my take on the numbers 319.  Are there any special numbers for you?


And here are a couple of older posts that you might find interesting. 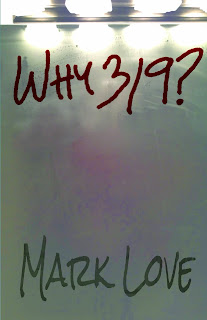 Get Your Free Book!!!

I'm a book nut. It should be no surprise that most authors are. You have to read. It's like a magnetic force that pulls you in, draws you to the story and won't leave you alone until you finish the last page. Of course, then you reach for another book to keep the momentum going.  I'll browse through old bookstores or the library, looking for something that will catch my eye.  When the local library holds it used book sale every other month, I'm usually one of the first people inside.  It's a great way to discover different authors who may become favorites, at very affordable prices.

Over the years I've found a number of great authors this way:  James Rollins, John Sanford, James W. Hall, Lee Child, Robert Crais, Greg Iles, the list goes on and on.  By the time I've tripped over them, it's not as if this is the first book they've written.  So like some type of print archaeologist, I'll keep an eye out for their earlier efforts, eager to snap one up.   Knowing how much I enjoy finding such a prize, I thought you might like "Fade Away" one of my first novels, so I've arranged it as a Free Book on Amazon from March 14th through the 16th.

Here's a little bit about it.   I hope you'll enjoy it.

Vincent Tyrell is trying to put his life together after being discharged from the Army. With no place to call home, he takes a job doing security work at a chemical plant in Raleigh, North Carolina. Just as he’s about to settle into a comfortable routine, a deadly explosion rips apart the night, leaving Tyrell badly injured. The explosion was the result of an experiment that went terribly wrong. But the chemical blast has a strange effect on Tyrell’s body. The authorities are searching for him, blaming him for the accident. He’s desperately trying to find the men responsible, to see if they have a cure or a way to reverse the process. A cross country chase ensues. Will he find them before it is too late, or will he just Fade Away? 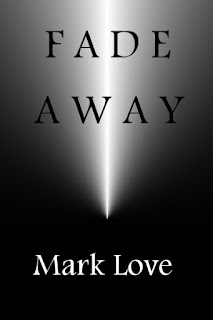 
Posted by Motown Mysteries at 7:08 AM No comments: