Sometimes if you’re lucky, you’ll discover a character in a book who becomes so memorable, you don’t want the story to end.  Yet when it does, if you’re like me, you’ll be scanning the shelves at the bookstore or the local library, looking for other adventures with the same character. If they’re really good, they become like old friends. You can relate to their quirks, their background, their conflicts and challenges just getting through a day. The occasional nod of recognition might happen, with ‘yep, been there, done that’ running through your mind. 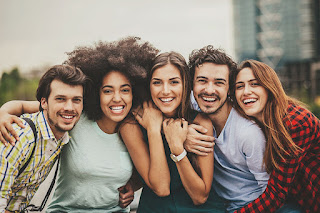 A few of my favorites include Lucas Davenport and Virgil Flowers, both from John Sandford’s novels. Add in Penn Cage from Greg Iles, Grayson Pierce from James Rollins, Harry Bosch from Michael Connolly, Spencer from Robert B. Parker and Travis McGee from John D. MacDonald and you’ve got a quick list of go-to guys.

There are times when I create a character and they are just too good to stay on the sidelines. That’s probably what led me to develop a series for Jamie Richmond and another one for Jefferson Chene. They are not satisfied sitting on the sidelines. They want in. Often I’d swear there was an elbow prodding me in the ribs from Chene, or a subtle, whispered ‘don’t forget about me’ from Jamie. Laugh all you want. It happens.

Writing the new story for Jamie recently was reconnecting with an old friend. Part of this was triggered by an idea that crossed my mind while working on the Chene sequel.  So I wrote one scene where Jamie provides information about the victim that could prove helpful to the investigation. One scene led to another. And another. Jamie appears in at least half a dozen scenes throughout the book. It worked well.

Like an old friend. When you need them, they will always be there for you.

Here’s a scene from “Vanishing Act” where Chene and Jamie cross paths for the first time.

Malone was leaning against a desk, quietly talking with two other people. I hesitated in the background until I caught his eye. He smiled and waved me over and introduced me.

“Jamie, this is Sergeant Jefferson Chene and Detective Megan McDonald. They work with the multi-jurisdictional investigative squad.”

Chene gave me a thin smile and shook my hand. “We prefer Squad Six. It’s a lot less glorified, but it gets the job done.” His voice was low and deep.

“I’ve heard about you,” Megan McDonald said. “You’re the one who cracked the Kleinschmidt shooting. That was good work.”

I smiled at the compliment. “According to Malone, it was just a stubborn redhead with an active imagination. Hope I’m not interrupting anything.”

Chene easily shook his head. “No, we were just on our way across town from Ann Arbor. Thought I’d stop by and pick up the fifty bucks Malone owes me from the Patriots and Broncos game.”

“I told him not to bet against New England, but he wouldn’t listen,” I said.

Malone shrugged. “Hey, I’m a Denver fan. What can I say?”

While the cops bantered, I took a moment to study them. Chene was a light skinned black man, close to six feet in height, with a solid build. His black hair was clipped short. He was clean-shaven, with piercing, dark eyes. He had a short, jagged scar on his left cheek. McDonald was almost looked too pretty to be a cop. She had shoulder length blonde hair and hazel eyes. She was about my height. Her frame was muscular, but she still looked feminine. I had no doubt she could hold her own with the male officers.

“So what does a multi-jurisdictional investigative squad do?” I asked.

Megan gave me a wink. “We catch the bad guys. We can’t leave all the work to the civilians.”

“Most of our cases span different communities,” Chene said. “Sometimes they are in the same county, other times, it can involve several counties.”

“Do you collaborate with the different communities in your investigations?” I asked.

“Well, in some cases we do,” Megan said, “but usually they turn to us to take over the case. Sometimes it’s a matter of manpower or experience. Our boss kind of likes it when we’re left to work on our own.”

“Without the help of any nosy civilians,” I said.

“That goes without saying,” Chene said with another thin smile.

I looked at him closely. He reminded me of someone, but I couldn’t make the connection. “Your name is Jefferson Chene. Isn’t that an intersection in Detroit?”

I waited for him to elaborate, but there was nothing else coming.

Okay, I admit that this song was not on my playlist. But when you're talking about fictional characters who are like old friends, it was a perfect fit.  A tip of the hat to the great Robin Williams.

Posted by Motown Mysteries at 10:10 AM