Every story needs memorable characters. If the people who populate your stories are bland and dull, readers will have a difficult time relating to them or caring about them.  The expression ‘white bread and mayonnaise’ comes to mind.

It’s one of my goals when writing, to make my players memorable.  Mix up the ethnicities names, descriptions, traits, education and family influences.  Make them tall or short, fat or thin. Happy go lucky, or sad and lonely, like Eeyore. Shake them up! Imagine how boring life would be if we all looked the same, acted the same, had the same background, the same experiences and the same ideas. And stay away from stereotypes. Unpredictability is important. 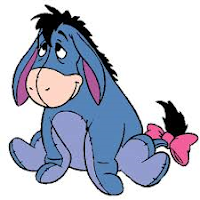 The second book in the Chene series is at the publisher’s now. With any luck, this will soon be accepted. Then we’ll start the editing process, trying to polish the manuscript to give the readers a great product.  That takes time.

Developing characters is top of mind because I’m starting my next novel. Chene won’t sit idly by. There is work to be done, so let’s get to it. While some old favorites like Ted, Kozlowski, Pappy and Simone will appear, there will be new faces. That means creating their profiles, with more details than just physical descriptions. We all want to know more.

Here’s an excerpt from “Why 319?”.  In this scene, Chene is introducing Pappy Cantrell and it captures some of his demeanor and attitudes.

Posted by Motown Mysteries at 10:40 AM