Any author will tell you that crafting the story is only part of the process. Even after multiple readings and your own attempts to polish the manuscript, that doesn’t mean you’re done. Not by any stretch of the imagination.

A few weeks ago I submitted “Stealing Haven” the new short story featuring Jamie Richmond to the publisher.  She liked it and a week later I got it back with her comments and edits. Now it was my turn to read over the suggestions, make a few changes and send it back. Done. Yeah, right!

We went back and forth a few times. She had many great ideas, a little addition here, cut this part there. Nothing major. Just a few touches. Like adding spices to a recipe, it makes it that much better. 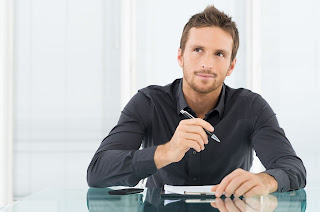 Working together, we got it done. And just in time too. Because last week I received the contract for “Your Turn to Die” the second book in the Jefferson Chene series.  Excellent news. Now I need to take a deep breath and get ready to work on the editing for that story. The good news is, I’ll be working with the same editors who helped shape “Why 319?”

Here’s an example of editing from “Why 319?”  In the original draft, this was written from the point of view of a third person. Ally, the editor, encouraged me to revise it and use first person. At first I thought she was wrong. But after making the change, I realized how well it worked.

It was almost becoming too easy. They were everywhere. One plain Jane after another kept crossing my radar screen. Some nights it was like shopping for bananas, and they were visible in bunches.

Tonight was one of those nights. It was as if someone were holding up a sign, steering them in my direction. Like right now. Off to the left at one of those elevated stations, where you had to sit on a bar-stool in order to reach the table, were two perfect physical examples of the ideal target. Four women, each in their early to mid-twenties were crowded around the postage stamp-sized table. I ruled two out immediately. They were chunky, flashing lots of cleavage with large breasts. For a nanosecond, I wondered if the flesh was real or the results of surgical enhancement. It didn’t matter. They were unworthy of any further consideration.

But it was the other two who caught my eye. The one on the right was a bottle blonde, which was obvious by the dark roots showing and the dark eyebrows. The other was a brassy redhead. She was tiny, almost doll like. I was in a perfect position to observe her. She was wearing high-heeled red boots that came up over her knee, sassy-looking things that accentuated her legs. Her black skirt barely touched the middle of her thighs, but it might have been longer if she was standing up. She wore a heavy ivory-colored wool sweater that covered her from the throat to the waist. It was loose enough to keep the goodies beneath it a well-guarded secret. With the boots and the short skirt, she was almost too good to be true. And upon reflection, I realized she was.

Her attitude was a turn off. This was a girl who flaunted the little bits she had. As she sat on the stool, swaying to the background music, she kept crossing and uncrossing her legs, putting on a floor-show of her own. Her hands were constantly in motion. Now they were slowly, seductively sliding down her arms, dropping below the table into her lap. They lingered for a moment, then skittered down her legs to tug at the bottom of the skirt. This was no timid child. She was well aware of her body. By the way she was moving, she knew how to use it.

My focus returned to the bottle blonde. This one had potential. Her wardrobe was the polar opposite of the redhead. Loose-fitting slacks, with low heeled shoes that would have been rejected by a nun with an orthopedic condition, she wore a blouse buttoned to the neck and a jacket to help conceal her. The only thing that broke the mold for this plain Jane was the hair color. Upon a closer look, it was blonde highlights swirled in with the natural brown, a shade best described as mousy brown. Perhaps she was letting it grow out after getting it dyed for the holidays. What would she look like, sprawled naked on a bed, unable to resist, unable to stop, unable to do anything at all?

My body began to respond.

My heart rate kicked up a notch. A warm glow started in the pit of my stomach and eased out in every direction. I basked in the tremors of anticipation. My cheeks flushed with beads of perspiration.

Yes, she could very easily be the next one.

But first the stage had to be set. And it was a time for patience. The plans were perfection, which was evident by the lack of awareness of the public or any progress by the police. Those bumblers in blue would never put it together because of the meticulous planning. If by chance they somehow managed to get a clue, the misdirection was already in place. So there could be no deviation from the plan. It had taken weeks of study, of strategizing each and every move. Every step was plotted out. Every move was a smooth, choreographed motion. Every action triggered the next in a series of reactions. Just reflecting on the past efforts was enough to make me smile. The memory of my last victim, her limp body slowly cooling as the life force ebbed away was enough to bring a smile of triumph to my lips.

“What the hell are you grinning at?” Malcolm asked as he stepped up.

“Just thinking about how good a night this will be,” I said.

I turned and looked him right in the eye. “You got nothing to worry about, man. Everything will be smooth.”

Malcolm hesitated a moment as he studied me, then nodded in agreement. “We can’t ever be too smooth.”

Monday is March 19. In addition to birthdays and anniversaries, that’s one that has special meaning to me. I look at it as ‘three nineteen’ which is part of the title of the first Jefferson Chene mystery.  Since it ties in with Chene so well, I’ll consider that his birthday.   Tell me what’s the best way to celebrate it and you might just win a free copy of the e-book.

This tune is perfect for the task at hand.