Along with music, I’m a big fan of movies and some television shows. I may not be up on the latest hits and pay no attention to the various ‘reality’ programs, but there are some favorites that hold a special place in my memory. There are times when memorable characters will deliver lines that just rock me. And every once in a while, I get the opportunity to borrow them.

Yesterday proved to be the case. I’d been working on a short story featuring my favorite redhead, Jamie. Last October, I had the idea of doing a ‘short’ tale about Jamie, before she meets Malone. This would be an opportunity to expand her background. Some mystery. A little romance. Some humor, particularly shared with her lifelong friend, Linda.

When I mentioned this in passing to Melissa, the publisher for the Jamie series, she asked, “How long will it be?”

Melissa shook her head and gave me a knowing smile. “Twenty thousand.”

Turns out she had the idea of putting together a boxed set of short stories, with a summer-time theme, from several of the Inkspell authors.  I thought twenty thousand would be too much. Shows ya what I know. It worked perfectly. Which proves once again that Melissa is so much smarter than I am.

Anyway, last week I finished the first draft. Then I spent a few days polishing it, getting it ready for submission. Yesterday, I sent it in for her consideration.  There is great satisfaction for an author to write ‘The End’ and send the manuscript to the publisher.  But no sooner had I done that when two other words jumped to mind.

As those two words flared, an image jumped to mind of Martin Sheen in the excellent political drama, The West Wing.  Sheen plays President Jed Bartlet and he does it with style, winning two Emmys over the years.  Often during the length of the series, Bartlet would absorb the details of the latest situation, cast his eyes upon an aide and utter ‘What’s next?’ 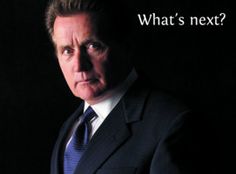 I’m always thinking about other story lines. There is a small notebook on my desk that’s crammed with scenes and characters and plots. Flipping through it always sparks an idea. So that’s where I’m at. Moving on to the next project. I don’t begin with an outline as you may know if you’ve read this blog before. I never start at the beginning anyway. That’s something Jamie taught me.

I’ll dust off a character or two, kick around some conflicts, and see what happens. Some scenes just take on a life of their own.

Here’s an excerpt from “Fleeing Beauty”.  In this scene, Jamie and Malone are getting ready for a brunch date with Jamie’s mother, Vera.  This will be the first time she meets Malone.

I was nervous about brunch Sunday morning. Vera insisted that we meet her at noon. I couldn’t even decide what to wear, changing my outfit twice. Malone finally took me by the shoulders to halt my jitters.

“Jamie, you need to relax. We’re going for a nice meal and some pleasant conversation.”

“That’s easy for you to say. You don’t know what Vera is like.”

He stepped into the closet and pulled out an ivory colored shift trimmed in lace. I’d been pacing back and forth in my underwear for the last ten minutes.

“Wear this and some heels and you’ll be perfect.”

I was about to argue when I realized he was right. Since when did Malone become so knowledgeable about ladies’ fashions?  I glanced at him. He was wearing a gray silk blazer over a white dress shirt and navy blue slacks. There was a little flash of navy in the jacket that tied it all together. Malone looked like he just stepped out of a men’s catalog. I realized that while most of the time he was in jeans or his uniform, the dressier clothes he owned were very sharp. When the occasion demanded it, Malone could step up.

“You’ve got five minutes, Jay, and we have to go.”

He merely stood there, dangling the dress in front of me. Attempting to give him a disgusted look, I pulled the shift from the hanger and slipped it on. I stepped into some modest ivory heels and was ready.

We arrived at the restaurant right on time.  It was an upscale place in Bloomfield Hills, known for the talented chef and the five-star cuisine. It wasn’t uncommon to spot some of the movers and shakers from the area here.  The hostess beamed a smile and guided us to a table for four. On the way I saw two media personalities, a retired athlete, and one of the county executives. I’m sure there were other famous people about, but I didn’t recognize them.

Malone had been holding my hand since we got here. Now he gave it a squeeze as we sat down. “Jamie, you really do need to relax. I can’t remember ever seeing you this tense.”

“There is something I have to tell you.”

“You can tell me anything, Jay.”

I took a deep breath. I should have warned him about this before, but I thought there was more time. Clutching his hand, I let the words tumble out. “I’ve never brought a guy to meet Vera before.”

“You’re kidding?” What could have been a playful look crossed his face.

“No, Malone, I’m not. She left when I started college and the guys from high school never stuck around very long. It’s so rare that Vera comes to town, it’s just happened that I have never been dating anyone seriously when she was here.”

Of all the reactions I expected, laughter was not one of them. Yet that was exactly how Malone took the news.  He just stared at me, letting a quiet chuckle escape.

“So I am the first guy you’re bringing to meet your mother.”

“Yes. Now do you understand why I’m so nervous?”

“Jamie, what we have is very strong. Despite some challenges—”

“—like your stubbornness, I think we have a pretty good thing here. You’re an independent woman. So despite what Vera may think of me, I don’t see things changing between us.”

Malone leaned over and kissed my cheek. “So breathe. Let’s just be ourselves and enjoy this nice meal.”

As I'm writing this, Tom Cochrane is keeping me company with one of his best rock and roll songs.
Here it is.

Posted by Motown Mysteries at 1:02 PM