A long time ago in a place not so far away, I was a regular on the radio. The public radio channel in Detroit had a separate frequency for listeners who were visually impaired. Each day volunteers and a few staff would go on the air and read sections of the local daily newspapers or weekly magazines. It was a popular service and something I enjoyed doing. When asked by a friend if I ever thought about doing that on television, there was a moment’s hesitation before my response.

“I’ve got a face that’s perfect for radio.”

So I was pleasantly surprised yesterday to be interviewed for the Dr. Paul’s Family Talk program on Impact Radio USA.  We talked about all four of my novels, and a both works in progress (the sequel to Why 319 and a new short story featuring Jamie Richmond) along with several other writing related topics.

One of the areas we touched on was using an outline. I can’t do it. To me, they are too restrictive when writing fiction.  I told Paul about going to Catholic schools and having an assignment from one of the nuns to write an outline and then a paper. Despite my protests, she insisted that the outline was part of the project. I couldn’t do it. Then inspiration struck.  I wrote the paper first, then went back and wrote the outline.  When I turned it in, the good nun smiled and said ‘I knew you could do it.’
My response: ‘You were right, Sister.’

I hope that part makes the cut. 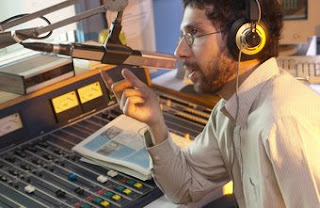 One of the other segments we discussed was the relationships between characters in the stories. It’s one of my goals to create believable characters and the interactions between them should be something readers can relate to.  Here’s an example from “Why 319?”.  In this scene, Chene and Megan, one of the other detectives, are meeting at the residence of the latest victim to notify the family.

After getting the address information from Koz, I called Megan to meet me there. It was a small apartment building in Berkley, one of the suburbs just west of Royal Oak. It was a quiet community, filled mostly with older homes built in the fifties that were used to raise families—affordable bungalows and colonial houses, not nearly as expensive or upscale as the northern suburbs were. I waited until Megan pulled up behind me before getting out of my car.

“Good morning to you, too.” I jerked a thumb at her Mustang, which was parked within three inches of my rear bumper. “Still don’t know how you can afford the insurance on that thing, let alone the gas and the monthly payments.”

“Don’t pick on my baby. I’ve wanted a Mustang since I was ten years old. I think you’re just jealous that I finally got one.” She patted my arm, like an exasperated mother trying to explain something to a six-year-old boy. “Leasing, Chene. Nobody buys cars anymore. They lease them.”

“So you basically rent the vehicle, making the same monthly installments you would if you were buying it.”

“It’s more complicated than that.”

“But that doesn’t explain why you picked yellow?”

The exasperated look returned. “You’re so out of it, you’ll never understand.”

It was my turn to pat her arm. “Just admit it’s a chick thing.” I had to take a step back before she popped me on the chin.

Our conversation was simply a stall tactic to prepare for the meeting. “You ready for this?” I asked.

“Yeah. I got the basics on the phone. Do you want the lead?”

I nodded. Chances were this was the victim’s apartment. We’d probably have to repeat this process with her immediate family, once we learned more.

While writing this column, I kept spinning to different tunes that would be appropriate. After all, it’s not every day that I’m going to be on the radio. It was time for something different. That’s when the old classic from Van Morrison came to mind.  Hope you enjoy it.