Not so long ago, I had the great good fortune to be part of a writer’s workshop. While the numbers fluctuated each month, there was a core group of very dedicated, talented people who came together with one thing in mind. Becoming better writers. Our backgrounds were dramatically different.  So were the type of stories we were creating.

Since some of my efforts have been published, they often turned to me with questions. I told them up front that my knowledge was limited, based merely on what worked for me. But we often discussed topics such as creating characters, polishing dialogue, and enhancing conflicts.

Earlier today I received a message from one of the group. Even though I’m no longer part of that action, it’s a pleasure to keep in touch. And that message reminded me of one session when someone stated ‘You should write whatcha know.’  The ensuing laughter ran for several minutes.

I write mysteries. They have always intrigued me. Following the clues, uncovering motives, spinning theories.  But I’ve never solved a crime. I’ve been in a few police stations for visits and tours (never in handcuffs, thank you very much) and did a ride along with a state trooper while researching “Devious”.  I’ve met a number of police officers and a couple of FBI agents over the years. On occasion, I may pick their brains. But do I know exactly what goes on in an investigation? Not hardly.

That’s where imagination comes in. A germ of an idea starts the process and begins to percolate. With a little nurturing and prodding, it may lead to something bigger. Or it may fizzle out. You never can tell.

Write whatcha know?  That sounds like flirting with disaster.  I’ll just keep making it up as I go along. 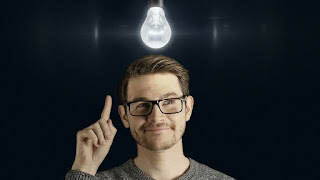 Here’s an excerpt from “Devious” that fits the bill.  In this scene, Jamie and Malone are still getting to know each other.

It was after ten when we went out for breakfast. My cupboards were barren. I promised Malone I'd go grocery shopping today. Over waffles and bacon, he caught me staring at him. I was having grapefruit and coffee. I was willing to control one appetite while the other was being satiated.
"What's on your mind, Jamie?"
"I don't know where to start."
"Make believe it's a book. Try the beginning."
I laughed. "I never start at the beginning. I usually work from the middle, then write the ending and work backwards."
"Okay, start in the middle." I noticed the twinkle had returned to his eyes when he smiled.
"Let's start with you. Do you realize, it's been two weeks since we’ve been seeing each other, and I know more about my dry cleaner than I do about you?" I swiped a piece of bacon from his plate, hoping he wouldn't notice.
"What do you want to know?" He motioned the waitress over to refill our coffees.
"Everything, Malone, I don't even know your first name."
"What’s in a name?” His eyes were turning me on, making it difficult to sit still. “Does it really matter?”
"I guess not."
He chuckled. "How about if I give you a profile? I'm forty-two, divorced, no kids, like skiing, sailing, baseball and football. I've been a state trooper for seventeen years and never wanted to be anything else. I like classical music but not opera, jazz but not reggae. Don't even mention rap. I prefer to sleep in the raw.  I drink coffee black, without any fruity flavors in it. Good enough?"
Some profile. My character sketches are more detailed than that. "For now. But you still didn't tell me your name."
"I only use Malone. Your turn."
"For what?"
"Your profile. Pretend it's for a famous magazine ad." He held his coffee cup in both hands as he sipped, letting the steam rise before his eyes.
"Okay. I'm thirty-one, never been married, seven kids by seven different men, I like opera and reggae and some rap. I like almost all sports. I have a degree in journalism. All I’ve ever wanted to do is be a writer. I don’t even know where my diploma is. I’m a packrat, but when the seasons change, I make it a point to throw stuff out, like old boyfriends, and get organized.”
The look on his face was a cross between disgust and humor. "Rap music?”
"Some of it’s good.”
"How’d you get the scar on your stomach?"
"Appendix burst when I was a kid." I got serious after the waitress cleared away our dishes. "Tell me more about work. How long have you been on afternoons?"
“Three years. I like it. We can request any shift every three months, depending on seniority. I prefer the afternoon slot. It gives me the mornings and early afternoons free. Sometimes we work seven or eight days straight. But every third weekend, I get four days off in a row.” Malone settled back against the chair and watched me.
“What about court appearances?”
He shrugged. “We go whenever the judge requests us. There is overtime pay for anything not part of your regular shift.”
“What was the big meeting about yesterday with Nowalski?” It felt funny referring to Bert by his last name. As far as I knew, Malone was still unaware of my relationship with his boss. For now, I wanted to keep it that way.
Malone’s eyes narrowed slightly. “You don’t miss much, do you sister?”
“Not if I want to do my job well.

There must be music. While I didn't originally have a song in mind, this one seems appropriate, particularly since I mentioned it above.  Here's Molly Hatchet with an rock and roll hit.

https://youtu.be/ci3afKw_mcY
Posted by Motown Mysteries at 9:27 AM