Somebody famous probably said that. Or maybe it was just me. Despite all the craziness and projects and responsibilities that accompany each day, it’s a talent to find a little bit of humor. I admit to searching for humor in most situations on a regular basis. If I had to keep it serious all the time, I wouldn’t have made it this far. And the ability to share it is priceless. Sometimes, you just need a laugh. Sometimes we’re laughing at others. Sometimes, we’re laughing at ourselves. There’s nothing wrong with that.

So no matter what I’m writing, it’s important to break it up with a little humor.  With a mystery, most of the story is very straightforward. I try to focus on the investigation, like in Why 319, and the dire consequences that will befall another victim if Chene and his team cannot identify and stop the killer. But even in those situations, a bit of humor works. Characters play off each other, using the humor to lighten the mood, even if it’s only for a moment. That’s important to me in my writing, because I strive to make the people as real as the rest of us. It’s something the readers can identify with.

Here's an excerpt from 319 that fits the bill.  In this scene, Jefferson Chene and Megan McDonald are on their way to visit someone from their past who may be able to help them with the investigation.

Megan was quiet on the drive there. Even though the day was overcast, she was wearing her sunglasses. I guessed she was trying not to make eye contact with me. She probably wouldn’t have been able to keep a straight face.

I parked in the lot. The buildings were gigantic, early-twentieth-century stone structures. To the south was the school, where even now rows of children were lining up outside. To the east was the convent, which in the past had also housed the small dormitories of the orphanage. On the west side of the quadrangle was the rectory. And the most dominating building, the church, was immediately in front of us, facing north. As we sat there, two of the massive oak doors swung open and a handful of people, mostly elderly women, began streaming out into the crisp air.

“One of these days, McDonald, I will get even with you for this.”

She laughed out loud and imitated one of the nuns in a high, squeaky voice. “God loves you, Jefferson.”

It was difficult to keep the disgust from my tone. “God must have a warped sense of humor.”

We walked up the big stone steps and into the vestibule at the back of the church. Only now, in the dim light did Megan remove her shades. Our heels sounded like gunshots on the thick marble floors as we moved up the aisle between pews. My eyes went to the gigantic stained-glass windows that lined the walls, reaching to the heavens. Their beauty was diminished on this overcast day. A boy, probably no older than ten, dressed in a cassock and surplice, approached the altar and began solemnly to snuff out the candles. He paused at the center of the altar, bowed his head, then resumed his duties.

“Memories, yes, but they are not fond.”

A deep voice boomed behind me. “Well, I see some things haven’t changed. I’m surprised you remembered the way in, Jefferson.”

We turned around to face him. Just at that moment, the skies briefly cleared and a beam of sunlight shot through the stained glass, casting him in a rosy hue. He had removed the vestments from the morning Mass and was wearing his customary black slacks, with a black long-sleeved dress shirt and the white cardboard collar at the neck. A small wooden cross on a leather cord dangled from his neck. I always pictured him as a giant, so it surprised me to realize that he was only as tall as Megan, with a chunky frame. I could see the broken veins in his cheeks and nose, the sign of a heavy drinker. But his eyes were still sharp and black as coal. The gaze was piercing, giving you the impression that not only could he read your mind, but he’d edit your thoughts before putting them back.

Today’s musical selection comes with a humorous twist, thanks to Darcie Lynne.  Enjoy! 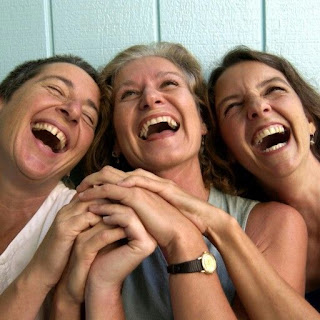 Posted by Motown Mysteries at 11:03 AM