Last week I received the advance copies of “Why 319?”.  It’s really something special to hold in your hand a book that you created, after countless hours of writing, editing, reviewing and more editing.
When discussing this with a colleague at work, she said, “it must be like holding your child for the first time.”

I’m a fortunate guy. And while life has thrown me a few curves and some ups and downs over the years, I’ve had the love of my life beside me for a long time. She still laughs at my jokes and tolerates my crazy ideas.  But the icing on life’s cake has been my sons, Travis and Cameron. They are as different as night is to day, but they are definitely brothers.

Some of their antics growing up have appeared in scenes in various books and stories. They’re just too good to pass up. They are grown now, living their own lives. But no matter where life takes them they are always on my mind.

I still remember the first time I held them. So when my colleague made the comparison to holding a print copy of my book, it brought those memories up fast.

And in case they didn’t already know it, here’s the dedication for the book.

“For Travis and Cameron, my pride and joy.” 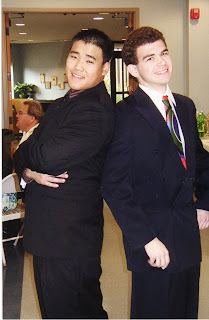 While the great blues song has a different take, I always think of them whenever I hear it.
https://www.youtube.com/watch?v=0vo23H9J8o8

Here’s an excerpt from “Why 319?” which is officially released on May 31. In this scene, Chene and Megan McDonald are approaching a suspect’s home when things go awry.

It was reflex, plain and simple.

My mind must have registered the movement an instant before the window disintegrated. I don’t remember doing it, but I wrapped an arm around Megan’s waist and dove to the left, pulling her off the stoop. My shoulders hit the driveway. Her head snapped back, catching me on the chin. The back of my head kissed the pavement, and I saw stars. She slid off me and banged her head on the driveway.

She rolled left, aiming her weapon and rising to her feet in one smooth motion. Movement in the street caught my attention. One of the troopers who had been on the surveillance assignment had moved to the sidewalk, directly in front of the picture window to back us up. I saw his legs go out from under him, and he clutched at his thigh. His partner rushed over, used a parked car as a shield, and dragged him back. In the distance, I could hear sirens. Somebody must have called it in. This whole thing made no sense. We had a warrant to search the place, and we were going to bring him in for questioning. What triggered this attack? I swung my gaze back from the street.

“What the fuck?” Megan’s face was filled with rage.

Before I could respond, we heard gunfire coming from the rear of the house. Myers must have company, or he’d been waiting for us.

“Front door?” Megan hooked a thumb at the stoop.

Posted by Motown Mysteries at 8:43 AM