“Home is the place where, when you have to go there, they have to take you in.”
Robert Frost from The Death of the Hired Man.

Everybody’s from somewhere.  Some of us are from big metropolitan areas, others from rural villages and towns. I’m not saying one is better than the other.  As a city dweller, I’m more comfortable with concrete and blacktop than with cows and corn. That’s my preference for where I live. It also has an impact on my stories.

Setting can play as important a role in a story as a character can.  Imagine Spiderman residing in a small rural town in Kansas, rather than the skyscraper filled Manhattan. What in the world would he swing from?

My novels are primarily set in the metro Detroit area, where I lived for many years. I know that territory so well, that I can still find my way around the various freeways and highways without breaking out a map or God forbid, a GPS device. But it’s not enough to know the roads. You need to know the stores, the classy restaurants and the dives, along with the numerous great bars.  It’s my goal to include some real establishments in my tales, so those who live there or are familiar with the area, might recognize them. It builds a connection with the reader. And you never know where that little connection might lead.

Here’s an example from “Fleeing Beauty” where Malone, Jamie and her step-father Bert, have just left a meeting with the lawyers handling her father’s estate.

Although Bert had taken the day off, Malone was still scheduled for duty at three.  Bert took us for a late lunch at the Elwood Bar and Grille. Directly across the street is Comerica Park, where the Detroit Tigers play. When the new stadium was being constructed, the bar had been uprooted and moved to this new premiere spot.  After ordering, Bert leaned back in his chair and looked at me for a moment without speaking.
“What?” I asked.
“Do you want to tell me your plan? Not that I have any doubt in my mind you can do it, but I am sort of curious.”
“Peter Richmond has been a mystery to me for most of my life. Vera did very little to keep his memory alive. This is an opportunity for me to find out more about him. And I couldn’t stand the idea of a bunch of strangers, who have no idea what they’re looking at, tearing open those crates and drooling over his art.”
The intensity of my response surprised all of us, including me. Bert folded his hands on the table. Malone chose that moment to take a sip of his coffee.
“Well, if it was up to me,” Bert said, “I’d start with a whole bunch of dust mops.”
“Shop vacuums will be one of my first purchases. I’m thinking two, along with some brooms and a few tools.”
Malone nodded sagely. “I’ll help you pick out some tools. A good heavy cleaning will be necessary before you do anything else. Are you thinking about putting Ian to work?”
“He is definitely on my short list of candidates.”
Bert knew all about Ian MacKinnon. He was just finishing his freshman year of high school and as fate would have it, he went to the same Northville high school where Linda taught. His father, Asa, was an old friend of Malone’s who was killed in a car accident last August. Malone was an unofficial big brother to the kid and he spent a few nights a week at our house. I knew that by the end of the week, Ian would be out of school for the summer.
“Do you think his mother would mind if I hired him?”
Malone shook his head. “She’ll be happy to get him out of the house. But you’ll need to work around his practice schedule. And they may have a couple of tournaments in early July. But I don’t think that will be a problem.”
Our food arrived, mushroom cheeseburgers for me and Malone, a bacon blue cheese burger for Bert. Conversation faded as we ate, but my mind kept spinning about the possibilities that I might find in those crates.  I glanced down at my purse, where the keys to the building were buried under a copy of my father’s will. Was all this really happening? 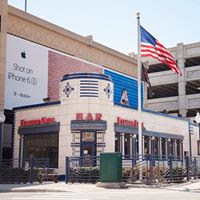 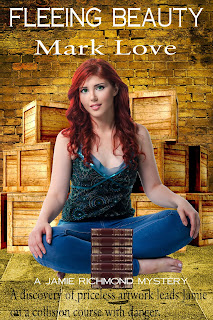 By the way, if you're a fan of rock and roll,  NPR Music just released this great music video.