With so many books out there, one of the challenges for any writer is to come up with a distinctive name. You want something that will capture a reader’s eye as they are browsing through the racks at a book store or scrolling through titles online. It’s been one of my goals to create something that ties in with the story yet makes it stand out from the herd.

One of my best efforts to date is “Fleeing Beauty”.  This is the third book in the Jamie Richmond series.  Truth be told, I was about halfway through the first draft when the name hit me like a jolt of electricity.  In the novel, Jamie and her small circle of friends are opening crates of her late father’s sculptures that have been stored away for years. The title was also one of the pieces he created. A good connection to the story and something distinctive. But where did the name originally come from?

Along with everything else, I’m a gym rat. Usually 3 days a week you’ll find me at the nearest gym, burning a few calories, working up a good sweat and clearing my head.  One day while exercising, I noticed an attractive young woman on a treadmill in front of me. She started out at a brisk walk then quickly cranked up the speed, as if she were in a race. Or running away. My imagination kicked in. She was fleeing.  Blonde shoulder length hair was streaming out behind her. The image stuck. Later on I would use that to describe the sculpture.

Oddly, that was the only time I saw this young woman at the gym. I keep looking for her, just to say thanks for helping me come up with the title. Maybe she moved away or was only visiting the area. But as Chuck Berry once said, “it goes to show you never can tell.”

Here’s an excerpt from “Fleeing Beauty” where Jamie and her friends are unpacking one of the sculptures and it all came together.

This sculpture was titled “Fleeing Beauty”.

It was a woman caught in the act of running. Tendrils of slender marble in various lengths and thicknesses extended from her head, as if they were locks of hair billowing out behind her. Part of her face was obscured, turned against her shoulder as if attempting to hide her features from whoever was chasing her. The woman’s body was voluptuous, full of dangerous curves. There was something haunting about this piece. The guys became quiet, which was unusual. Linda slowly moved around it, taking pictures.

“Watch your language,” Malone said, cuffing him lightly on the back on the head.

“Check the file,” I suggested.

None of us could take our eyes off the sculpture.

We spread the file out on the worktable. There were pictures of a woman standing in front of a drop cloth. She was blonde, with an impish smile on her face. She could have been in her early to middle twenties. It was impossible to tell how tall she was. Her figure was eye catching, with a tiny waist and rounded hips. Most of the pictures showed her in a one-piece bathing suit. There was one where she wore a sheer negligee. There were shots of her standing on a pedestal, others with her arms outstretched, and still others where she was looking over her shoulder. In a couple of photos he must have used a fan to blow her hair back.

“Jamie, I think this is the most beautiful thing I’ve ever seen,” Linda said softly.

“You’ll get no argument from me.” 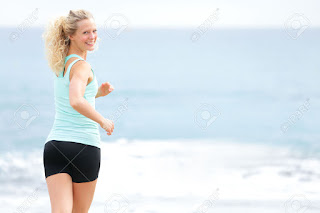 https://youtu.be/RoDPPgWbfXY
Posted by Motown Mysteries at 9:12 AM