Over the years I have met quite a few people who work in law enforcement. I also have some relatives in the field as well, including Bubba, a nephew who has been with a suburban Detroit department for a couple of decades or so.  Last weekend we got together and were trading stories.

One tale Bubba described involved him supervising some younger patrolmen one night. They received a call from a hotel, asking them to evict the guests in three rooms who were disturbing others.  Bubba leaned against the wall in the hallway as the officers took care of the first two rooms. But it was the third room where the issue arose.

Apparently this occupant was being less than cooperative. Without getting physical, he kept arguing with the officers, repeatedly asking why he had to leave and what the problem was. Bubba gave it a couple of minutes but nothing changed. He walked in. The guest was on the bed, hidden by the covers.

“Get your shit and get the f… out! Now!” Bubba growled, immediately taking charge of the scene.

The guy said, “Okay!” He tossed off the blankets, revealing that he was fully dressed, and scurried from the room.

Bubba used this as a training moment. He reminded the younger cops that there are times when you have to take charge of the situation. Bubba also pointed out that they should have pulled the blankets from the bed, so they would have known if the guest had a weapon.  One of the officers claimed that didn’t want to be too aggressive for fear of getting into trouble.

“If he had a gun and shot you through the blankets, that could be trouble,” Bubba said.  He was grinning as he recounted this story, stating that there are times when such actions are justified.

That got me thinking about one of my favorite fictional characters, Raylan Givens from the creative genius of Elmore Leonard.  Raylan could best be described as a 19th century lawman working in the 21st century.  At times he took a different approach to catching the bad guys.  Leonard’s character was so good, he ended up in the television series “Justified.” 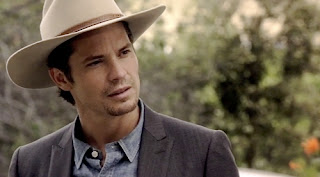 I mentioned this to Bubba and encouraged him to check it out. While it’s doubtful the methods Raylan uses would be acceptable today, they are certainly entertaining.

Jefferson Chene doesn’t bend the rules as much as Raylan Givens, he does have a moment or two that takes him outside the lines. Here’s an excerpt from “Your Turn to Die”.  In this scene, Chene and Detective Ramon Suarez are leaving an interview with reputed mobsters Leo Agonasti and Maximo Aurelio that takes place aboard a yacht, when they run into an unexpected roadblock in the form of a guy named Thompson.

“What do you think you were doing? No one’s supposed to run this barge but me!” Thompson pointed a dirty finger in my direction. Up close I could see the tank top was stretched to the breaking point over a stomach gone to seed long ago.

“No way. I don’t like strangers running my boat!”

“I believe the yacht you are referring to belongs to Mr. Agonasti.”

“When I run it, it’s my boat.” Again Thompson jabbed his finger at me. From above me I could hear the snort of muffled laughter. Max must have come forward to watch the show.

“I’m only going to tell you once more. Step aside.”

Thompson surged forward, his finger thrust out before him like a miniature lance. “I’m not stepping---”

I grabbed the finger and bent it backward, twisting it enough to snap it, but turning with it to spin him around. With two strides, I ran him face first into the large wooden piling that held the lines for the yacht. I could hear the crunch of bone as his nose broke. Thompson howled in pain and tried to break free. I gave his arm a shake, then snatched the cap from his head and got a handful of greasy black hair. I thumped his head once more on the piling for good measure.

“Listen up, asshole. Number one, your presence on this yacht is no longer required. Number two, you just tried to assault a police officer. That’s a chargeable offense. Number three, if you bother my friends there in any way, shape or form, I’ll come back and finish this. And believe me, you won’t look any prettier when I get done.”

I released his hair and wiped my hand on the back of his shirt, then let go of his arm. Stepping back, I prepared for the inevitable retaliation. I wasn’t disappointed. Thompson spun, blood dripping down his face and charged. The walkway was only three feet across. I had to time it well. As he launched himself at me, I spun to the right and dragged my left foot, hooking his ankle as he went by. Lacing my hands together, I swung around, completing the spin and driving both hands into his back like a hammer. Thompson flew beyond the edge of the walkway and dropped into the canal.

A roar of laughter floated down from above. Agonasti had joined Max at the rail. Apparently they enjoyed how the confrontation played out. Agonasti sketched a brief salute in my direction as Suarez and I headed for the parking lot.

“Where the hell did you learn how to do that?”

“You think you’re the only one who ever rumbled with gangs?”

“Ain’t no gangbanger I’ve ever seen move like that.”

I shrugged. “Sometimes, you improvise.” 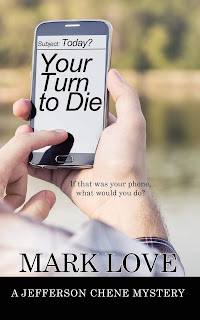 This week’s musical interlude is from one of Detroit’s favorite sons, Bob Seger. Enjoy.

https://youtu.be/bQSpvk6Vtfc
Posted by Motown Mysteries at 9:56 AM