For all fans of Star Wars, May the 4th be with you.

This week I had the opportunity to step out of the Stone Age. Over the last couple of years, I’ve taken small steps in that direction. I gave up my old reliable flip phone that served me well for a long time, and replaced it with a smart phone. One of the main reasons behind that change was the ability to accept credit cards when selling my books at various authors events.  That worked well. I must admit to still learning all the various gadgets that came with the phone.

For a while now, I’ve been wading in the social media pool. Publishers and other authors encouraged me to set up a page on Facebook, Goodreads and my Amazon author’s profile, so people would be able to learn more about me. The blog has been a part of that as well. It’s a great way to share a bit about the writing process, along with sections from one of the books.

But this week, some would say I finally left the Stone Age behind.

(I’ll pause here to let that sink in.)

Both accounts are under the name Motownmysteries.  You can follow along as I share snippets and pictures that tie in with my books and writing. 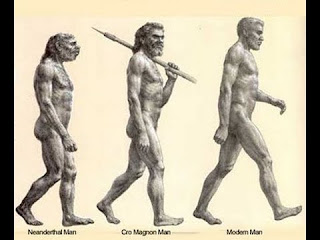 Outside my window this morning the sun is shining, the sky is a gentle pale blue with only an occasional cotton ball of a cloud in sight. They are anticipating temperatures in the upper sixties today.  With the arrival of Spring, it only stands to reason that Summer is hiding around the corner.  So it seemed only appropriate to share an excerpt from “Stealing Haven” the Jamie Richmond short story that is in the collection “Once Upon a Summer”. 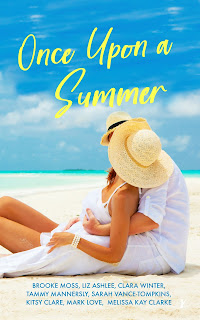 In the story, Jamie and her best friend Linda are on vacation in South Haven, a resort town on Lake Michigan’s coast. Jamie has caught the eyes (and arms and… well you know) of a guy named Randy who lives there. This scene takes place after an outdoor concert, where Jamie is delighted to discover that Randy was part of the band.

Randy eyes were full of questions as we loaded the keyboard and stand in the back of his SUV.

He took my camp chair and slung the strap over his shoulder. We waved good-bye to the others. It was surprising how quickly the area around the park had grown quiet. Only a handful of people were still on the streets, strolling along. Above us, the stars had started to come out. Neither one of us spoke, but the silence was comfortable. At one corner, Randy stopped walking and pulled me closer. He kissed me. My heart raced. He had one hand on my ass, the other cupping the back of my head. My arms were around his neck.

Gasping with desire, I broke the kiss. Pushing him away, I turned around to get my bearings. Randy’s hands were on my waist, keeping me steady.

“It’s late,” I whispered to the darkness.

“They’ll be waiting for me.”

I let him draw me close again, feeling his chest against my back. My eyes searched the darkness. Then I saw it. With an effort, I took a step away.

“We have to hurry.”
“What’s the rush?” his voice was raspy. from too much singing or too much arousal, I couldn’t say for sure. It didn’t matter.

Grabbing his arm, I led him across the road. There was an old barn at the back of the lot. Large trees provided a barrier behind it. We were hidden from any prying eyes. I stopped in the shadows and faced him.

Randy didn’t understand. He reached for me and I pushed his hand away.

“Set up the chair. Take off your pants and sit down.”

I was already undoing my shorts. “It’s a quickie or nothing.”

“Then set up the damn chair. I am not rolling around in the grass.”

It’s amazing what you can accomplish with the proper motivation. 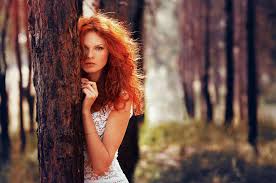 Inkspell Publishing, which is where the Jamie stories live, has been featuring some of their authors on their site. I was fortunate to be included this week. Here’s a link to the interview.
http://www.inkspellpublishing.com/meet-the-authors/mark-love

For music this week, here’s a crazy little tune that’s so appropriate from a band called Was, (Not Was).
https://youtu.be/zYKupOsaJmk

Posted by Motown Mysteries at 8:53 AM