You Never Can Tell


Last week I heard from a couple of people with the writer’s workshop. Turns out that Peg and Annette had collaborated on a poem while on vacation.  During their trip, they happened to hear a local band playing.  Somewhere along the line, they connected with members of the band, who decided to use their poem as lyrics for a song they were writing.

This pair has taken my advice to heart and continue to submit their efforts for publication.  While I must confess to having absolutely no expertise in poetry, their short stories have always been a treat.
I recall a session with the group when someone was reluctant to submit their work. After comments went around the room, they all looked at me.

“Why not?  Be smart about it. Look at the guidelines for the contest, if that’s what it is, or the magazine or publisher’s requirements. You write because you have stories to share with others. If your material sounds like it would be a good fit, why not submit it?”

“But what if it’s rejected?” someone asked.

“That could happen. Just remember what hockey legend Wayne Gretzky said. ‘I miss 100 percent of the shots I don’t take.’  So take the shot.  Because you never can tell when where it might lead. You never can tell. 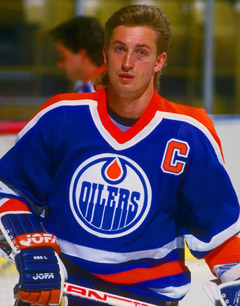 It’s been a while since I’ve shared an excerpt from Chene.  The sequel has been accepted for publication and I’m waiting to get the editing process started.  With luck that will begin next month.  Meanwhile, I’m doing some research on the next book for the series.

So here’s a scene from “Why 319?”.  Chene and Megan McDonald are back at the scene of a deadly shooting, searching for clues.

The kitchen was a mess. Blood smears covered the floor where Myers had been gunned down simultaneously by me and Laura. The walls were splattered too. We stood in the doorway and surveyed the room.

Megan clucked her tongue against the roof of her mouth. “Why is it we always end up in a place like this when I’m wearing a new pair of boots?”

I glanced down at her feet. These were bright red ones, with a rounded toe and a short heel. It was difficult to determine how far up her leg the boot went.

“How the hell can you run in something like that?”

“I’m a woman. I can adapt to any situation and do it with style.”

With a disgusted smirk, I turned my attention back to the room. There was a cheap table pushed against the wall, an old drop-leaf thing that had seen better days in the 1960s. Two padded vinyl chairs flanked it. There was the usual kitchen clutter, salt and pepper shakers, a sugar bowl, and a small bottle propped against the wall. There was also a stack of magazines and mail scattered across the surface. I pointed those out to Megan. She picked her way across the room, taking great pains in where she placed her feet.

I focused on the cupboards above the sink and counter. There was a jumble of mismatched glasses and plates, along with souvenir coffee mugs from various casinos and restaurants. It was obvious Myers didn’t care much about the furnishings of his kitchen. I was about to close the last cupboard when something caught my eye. Up near the very top of the door, close to the hinge, was a small round hole. The hinge was too high up for me to see it clearly.

“Find anything good?” I asked Megan.

“A couple of old newspapers, the kind filled with coupons. His bills for the internet service and cable, along with his cell phone bill. There is a magazine about weapons that looks like he bought it somewhere.”

“Hand me one of those chairs.”

Her eyes flicked to the open cupboard. Megan grabbed the closest chair, then swung it to where I could take it from her without disrupting the mess on the floor.

“This guy was a slob. He couldn’t even put shelf paper in the cupboards,” Megan said with disgust.

“Yet another piece of evidence that proves women are superior.”

“Can you see anything odd from there?” I stepped onto the chair.

“Just the usual stack of dishes.”

I took a good look inside the cabinet. Mounted high up against the back wall was a small video camera. It was aimed so that when the cupboard door was closed, it would be able to film through the hole by the hinge. My guess was that it would easily take in the occupants of the little table. If the camera had a wide angle lens, it might capture everything within the kitchen. Glancing over to Megan, I described what I had found.

“But you knew yesterday he had security cameras on motion detectors.” There was a touch of curiosity in her voice. “You told me about those this morning.”

Before our summit with Cantrell, I met with Anton Yekovich, the lead technician of the cyber squad. I gave him a set of photos of our three victims, in the hopes that we would see them entering the house. His team had already begun the slow process of analyzing the hundreds of hours of video files.

“Yes, but those were all focused on the exterior of the house and were fed into the laptop computer. But we didn’t know about this one. And if there’s one…”

“…there have got to be others. The question is where do they feed into?”

I stepped down from the chair, narrowly missing a sticky patch of blood spatter on the floor. Megan followed me into the hallway.

“Give Yekovich a call. See if they have discovered any video footage on that laptop for the inside of the house. We’ll check the other rooms for more cameras.”

Okay, so I’ll admit today’s title came from the song. But you can’t do much better than the great Chuck Berry.

https://youtu.be/RoDPPgWbfXY
Posted by Motown Mysteries at 8:01 AM