The Other Part of the Story

When I’m working on a project, there are always little distractions from the main action that crop up in my imagination. Sometimes these bits and pieces work out well. These are the subplots.  They are everywhere.

For example, watch any episode of a popular television show, like NCIS. While the main story is usually catching the bad guys, there are often one or two little side stories that are a counterpoint to the primary story. It could be about dating or marital problems, looking for a new apartment, family issues or the latest project Gibbs is working on in the basement. It adds more depth and dimension to the characters. Somehow, it all ties together. 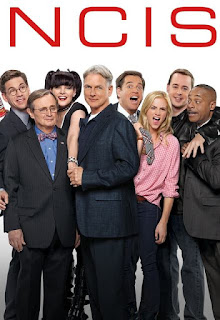 Since I don’t work with an outline, I usually draw these ideas from everyday life. Something I may have witnessed or been a part of can weave its way into a subplot. Like this recent conversation with my darling wife.

“Did you try aspirin or Tylenol?” I asked.

She shook her head. Suggestions of ice or heat were waved off.

Her face lit up. “And prune juice!”

“What the hell is that? A senior’s version of a Margarita? A Seniorita?”

Laughter ensued.  After which she pointed a finger at me. “That’s goes into the next book.”

You get the idea. 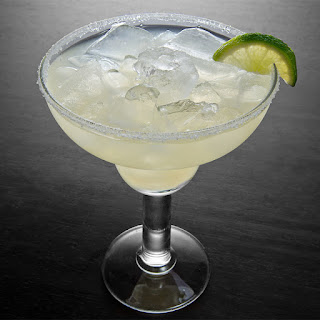 Here’s an example of a subplot from “Fleeing Beauty”.  In this scene, Jamie is talking with Ian, the 15-year-old boy who has become an unofficial kid brother to Malone.  Ian has been working with Jamie on the project, unpacking all the artwork that was found in her late father’s storeroom.

The desk and the cabinets were locked up tight. I boosted myself up on the worktable, letting my legs dangle. Ian finished zipping up the camera bag and looked at me. I patted the spot beside me. With the grace of a natural athlete, he swung up and landed lightly beside me.

“Do you want to talk about it?”

He gazed at me for a moment before lowering his eyes to the floor. “It’s no big deal.”

“I think it is a big deal. You obviously are very talented. Why hide it?”

He gave me the teenager’s answer to everything, a shrug of the shoulders. I poked him with an elbow. “Talk to me, Ian. There’s no one else here.”

“It was my dad. He always teased me about drawing. He said I’d have more luck making it in baseball than I would with art.” I took a moment to digest that. It was almost a year since the accident that had taken his dad so abruptly from his life. There was no way I wanted to harm the memories of his father.

“From what you and Malone have told me, your dad was a great guy. His whole life was wrapped around his family.”

Ian knuckled a tear away. “Yeah, he was always encouraging us, cheering us on at games, taking us on trips and picnics, making us all laugh.”

“Do you think people change?”

“Don’t you think you’ve changed, even in the last six months?”

He considered it. I got another shrug.

“Ian, since we’ve met, I know you’ve changed. You are growing, both physically and intellectually. And you’re probably growing emotionally as well.”

I put an arm around his shoulders. “If you had met Brittany six months ago, would you have been comfortable talking to her. Or kissing her?”

He brought his head up. A grin began to touch the corners of his mouth. “No way could I have kissed her.”

“See, you have changed. I’ll bet if your dad was around and saw how you’ve grown, he wouldn’t tease you about your artistic talent. There are a lot of career possibilities for someone with an art background. Besides, nobody says you can’t play baseball and be an artist.” I gave his shoulders a squeeze. “And I’ll bet your father would be proud of the young man you’re becoming.”

“Thanks, Jamie. It’s just so hard sometimes. I think about something that happened during the day and want to rush home to tell him. For a minute, I forget that he’s gone.”

“I understand.” I could feel the tears welling up in my eyes.

“I just really miss my dad.”

I nodded, the words sticking in my throat. Ian turned and wrapped his arms around me and started to cry. I hugged him tightly. “I miss mine too.” We sat there on the worktable, letting the tears flow, surrounded by this room of artistic wonders. Nothing else mattered.