How You Say It


An old creative writing professor once said, ‘it’s not what you say, it’s how you say it.’   At the time I didn’t give this tidbit of advice much consideration. But over the years, it’s come back around time and again. This week I got a perfect reminder of that adage.

If you’re familiar with my writing, you probably know that I’m originally from Detroit. The city is famous for so many different things, from cars to music to industry and more.  If you’re from the area, you grow up hearing certain names and sounds that you just assume everyone understands.  But a little history helps.

Detroit was founded by French settlers in 1701 and named by Antoine de la Mothe Cadillac. 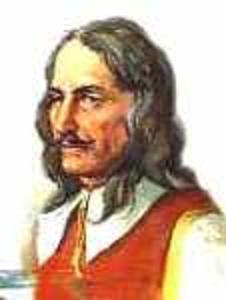 The name itself means the straits, connecting Lake Erie with Lake Huron. As such, there are many streets around the area whose names have a French pronunciation.  Fascinating, right?  And what does that have to do with this week’s column?

Well, if everything goes right, “Why 319?” will be made into an audio book. I was pleasantly surprised to find out this was an option and even more surprised to have a couple of actors audition to be the narrator. I selected one a few weeks ago and have been trying not to think about how long this process could take. Now that it's a possibility, I'm anxious to have this option available.

Wednesday I received a demo of the first fifteen minutes of the book.  And that’s where my reminder about ‘how you say it’ came to play.   The protagonist in the book is Jefferson Chene.  Anybody familiar with Motown will recognize this as an intersection near downtown and they all know how to pronounce it. Chene sounds like Shane.

But the actor didn’t know that. I made the mistake of assuming everyone would know how to pronounce such a simple name.  Fortunately, I had the opportunity to make the correction and share a few other bits before he got too far into the recording.  One of the silliest ones is Gratiot Avenue, a major road that rocks through the east side and is mentioned several times in the story.  Gratiot is pronounced grass shit. 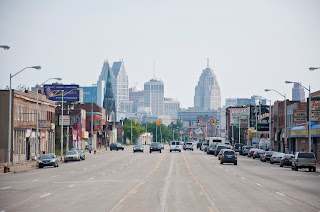 So like the old professor said, ‘it’s how you say it.’

Here’s a little background music that’s close to the message.

Posted by Motown Mysteries at 10:04 AM