Writers pay attention to details. It’s part of our DNA.  We need to notice the little things and make sure they are included in our stories. Because if we don’t, chances are somebody else will and ask why it’s missing. And there’s no excuse for it, whether you call it laziness or sloppiness, it doesn’t matter. Ain’t no excusing it.

So yesterday while out driving, I glanced down at the car in front of me and started to laugh. Here in Michigan, like many other states, there are vanity license plates, where for a certain fee, you can have a special message on your vehicle. Of course there are some parameters that you have to adhere to, such as no vulgarities or derogatory statements. I’m sure the Secretary of State’s office here has a censor whose job is to review every application for a vanity plate.  Just in case someone tries to slip one by.

The plate that caught my eye yesterday left no room for misinterpretation. The maximum combination of seven letters or numbers were utilized.  There could be no mistake. The plate read: LJGIBBS.  Leroy Jethro Gibbs. 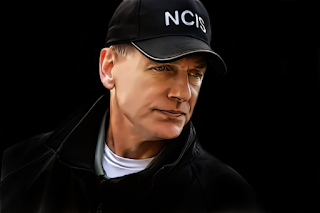 For those of you who may not follow television dramas, that’s the name of Mark Harmon’s character on the hit series NCIS. Gibbs is a tough investigator, a Marine sniper who grudgingly accepts the modern day talents of his team in their efforts to solve each episode’s mystery. He’s gruff on the outside, more prone to a slap up the back of the head than a fatherly embrace, but his crew knows he’s got their back. And they have his.

Here's a little old rock and roll that fits the bill.