Yesterday I was one of several authors attending an event at the local library. This was a chance to meet some readers, talk about our stories and the work that goes into them, and maybe, just maybe, sell a book or two.  After all, what better gift for the reader in your life than an autographed copy from what could become their new favorite author?

While the library had the best of intentions, we didn’t draw as many readers as we’d hoped. That goes with the territory. Sometimes you get a steady stream of people stopping by to chat. Other times, you end up networking with the other authors.  Either way, it can be a good way to spend a few hours.

I sold a few books, which is always good. And I got to talk shop with some of the others.  At one point, three of us were gathered around a table.  Turns out I was the only one who writes fiction.  “I can’t do that” one author admitted. “I have to stay with non-fiction.”

Explaining that I’ve always been drawn to fiction, both as a writer and a reader earned me a smirk and a stare.  So I elaborated.

“I write to entertain. To tell a story. My books are all character driven. It’s these characters that people might identify with, because they see similarities in themselves or in people they know.”
That was treated with another smirk. Maybe she didn’t believe me. Maybe she thought I was just making it up. After all, that’s what fiction is. Making up the characters and seeing where they take me. And I don't plot out every move in advance. That has never worked for me.

Fortunately, the conversation turned in another direction and I drifted away. But it got me thinking.  We’re all different. We can’t all be expected to like the same things. That’s part of life. I like to read and write fiction. She didn’t. But like they say, ‘one man’s meat is another man’s poison’.

It could have been worse. She could have wanted to talk about poetry. 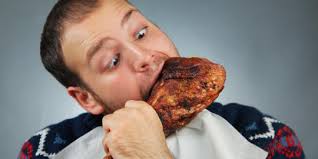 Posted by Motown Mysteries at 6:16 PM