A couple of months ago, I changed jobs. Perhaps one of the most difficult parts of the transition to my new role was leaving behind the writer’s group that I led. For two years I was able to connect with this dedicated gang every other week, sharing stories in progress and offering my tidbits of guidance.

But thanks to the wonders of modern technology, I’m still able to keep in touch with several of them.

This week I got an email from Annette, who is diligently working on her story. But she’s having difficulty mixing dialog with the narration.  “How do you do it? Is it magic? Pixie dust?” she asked.

My response?  It’s like cooking. Sometimes you follow the recipe. Sometimes you improvise. There’s no perfect formula that you can follow. Like anything else, it takes some practice, weaving in a mixture of narration and conversation to keep your readers interested.  And sometimes you can even inject humor into the most unexpected places to break the tension of a scene.

I encouraged her to read any book and pay attention to how the writer mixed narration with dialog.  And I offered her the sample from “Fleeing Beauty” that you’ll see below.

This was going to take some time to sink in. That was one thing about this project that I knew was the right way to handle it. We were not going to rush through the storeroom, ripping open every crate in ten minutes time. These were works of art. Peter’s legacy was in this room. I intended to give each piece its due. Malone sensed this and I think Ian did too.  After a while they folded the burlap and put it back in the crate. Together they carried it over to a far corner and flipped it upside down.  Then they rolled the worktable next to it. Carefully they lifted the sculpture and eased it down on the center of the inverted base.
“This is going to work,” Ian said with delight.
“Two down, a hundred more to go,” Malone said.
“That’s fifty-six to go.”
We both looked at Ian. He shrugged. “I counted the crates yesterday. There were fifty-eight all together. We opened one yesterday and this one.”
Malone nudged him with an elbow. “You ever consider there might be more than one item in some of these bigger crates?”
“No.”
“But it is a possibility?”
Ian flashed another grin. “I suppose, but we still have another fifty-six crates to open. That means at least another fifty-six sculptures.”
“Nobody likes a smart ass,” Malone muttered.
I cleared my throat. Being a smart ass was one of my most redeeming qualities. At least, I’d always thought so.
“Let’s look for the next crate,” I said, handing Ian a slip of paper with the code number on it. Malone leaned against the wall and winked at me.
“Nice way to change the topic. And you are the exception to the rule.”
“What rule would that be?” I asked innocently.
“That would be the smart ass rule. You can get away with it. At least, you can with me. But don’t encourage the kid. He’s not as cute as you are.”
I rewarded him with a kiss. Hey, he said I was cute. 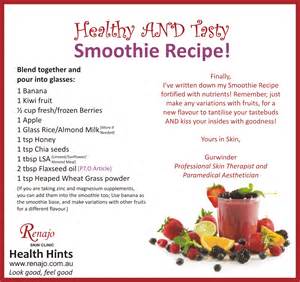 Posted by Motown Mysteries at 4:24 PM