‘Twas the week before Christmas. Snow covered so much of the Michigan landscape, it’s as if Mother Nature was thoroughly pissed off at humanity. Those brave of heart were facing the conditions head on, trudging through drifts and bitter winds in pursuit of that perfect, elusive holiday gift.  Others who lived for weather like this were reveling in this frozen Xanadu, bundled up against the elements, riding sleds and skis and snowmobiles.

At the moment I’m snug and warm inside, fingers dancing across the keyboard while instrumental jazz oozes from the speakers.  Holiday music?  I’ll save that for Christmas Eve.

“Scrooge!” you retort with annoyance.

For the first time in months, I’m working on a new manuscript. The sequel to “Why 319?” has been impatiently awaiting my return. Those characters are like several old friends, clustered around the table, drinks in hand, tales to be shared, just waiting for me to start the conversation.  And since the story takes place in June, holiday tunes don’t exactly help set the mood. As a writer, you gotta stick with what works.  For me, it’s jazz.

So no matter where you are, may your holidays be filled with love and laughter, shared with family and friends.

If you want a little bit of Christmas, here’s an excerpt from “Devious” that might fit the bill.

Christmas Eve Malone was scheduled to work a sixteen-hour shift. Some of the guys traded duty, to fit in with their family plans. Malone worked from noon until four the next morning. We would spend Christmas Day together, and he would go back on duty the following afternoon. It was tough, but I managed to wait for him to come home. He slipped into the apartment quietly and almost walked past me. I was curled up on the sofa, only my nose visible.
"Hey, Malone," I whispered.
He jumped. "Hey, Jamie."
Malone slid beside me and covered my face with kisses. After a while he sat up and started to unzip his jacket.
"Keep it on." I struggled out of the sofa.
"Why?"
"Because we're leaving, that's why."
"Where are we going?" His eyes were barely visible in the dim light from the window.
"It's a surprise. Trust me?"
There was a moment’s hesitation. “Mostly.”
Can you believe it? The guy was using my own line on me again. "Then shut up and follow me."
"There’s nothing quite like a demanding woman."
In the car I handed him a blindfold and wouldn't start the motor until he'd slipped it on. After a little grumbling, he did as I asked.
"Kidnapping is against the law."
"You're too old to be a kid. I’ll let you take the blindfold off soon, if you’re good."
He sat there patiently while I drove to the house. It was only a few miles away and traffic was nonexistent. A light dusting of snow had fallen earlier, making everything sparkle. I parked by the curb and helped him from the car. He held my arm gingerly and followed me up the walk and the two short steps to the front entrance. Inside I made him stand by the door and wait. Only after I lit the fire in the hearth and turned a couple of switches on did I let him take the blindfold off.
"What's going on?" Malone blinked as his eyes swept the room.
"Welcome home." I patted the sleeping bag beside me. I was sprawled on top of another one, clutching my long, wool winter coat around me. A queen-sized air mattress was beneath them, giving the nest a bed-like quality.
"Home?"
"It's my new place. I rented it last week."
"Home?"
"Room for two, Malone, if you're interested."
He stood there by the door, staring. I couldn't read his reaction from here and started getting nervous.
"Aren't you going to come in?" I pleaded. "Take the chill off, get cozy."
In front of the picture window was our tree, five feet of Blue Spruce, trimmed with little lights, ornaments and strings of popcorn. Outside I'd wrapped the railing in tinfoil and red ribbons. The fire was burning strongly, throwing heat toward the sleeping bag nest. Beneath the tree were a dozen packages for Malone.
"I don't know what to say, Jamie." He spoke so softly it hurt my ears.
"Don't say anything. Just haul your ass over here. "
He peeled off his jacket and came to me. I tried to convince myself I was trembling because of the cold but even I didn't believe it.
"Aren't you going to take your coat off? It's warm in here." Malone knelt beside me and took my face in his hands.
I shook my head. "You do it. First present on Christmas Day."

And if you really want Christmas music, here's a link to my favorite holiday song.
https://www.youtube.com/watch?v=JKJExBXRorA 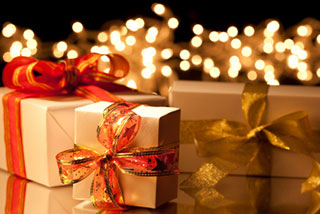 Posted by Motown Mysteries at 9:55 AM