I really enjoy the writer’s group I’m in. People get to share their works in progress, and get feedback from the others. That’s what it’s all about. We’re a pretty laid back gathering. I think that’s part of what makes it work so well. I remind them that it’s an open forum. Any topic related to the business of writing is fair game. Chances are if one has a question, the others are wondering too.

Recently we were talking about how the simplest thing can trigger an idea for a story.  To give an example, I shared this tale.

While in college, I took a creative writing class. The professor was also the editor for the school’s literary magazine. He often encouraged several of us to submit pieces for consideration. A few of us did and were pleasantly surprised when they were selected for publication.

About a year later, I received a notice from the school that they were looking for material on a humor and parody theme. I tossed the note.  Humor is selective. I grew up watching reruns of Abbott and Costello, The Three Stooges and the Marx Brothers. Woody Allen never made sense to me, nor did he make me laugh. What I find funny, you might think is stupid.

A week later I got another notice. And another. They kept coming, including a few with a hand written note of encouragement from my old prof. I kept tossing them.  Nothing was inspiring me.
Then one Monday night I came home from work to find yet another notice. I crumpled it, tossed it in the trash and sat down to watch Monday Night Football. Just before kickoff there was a MetLife commercial. Snoopy is sitting on the roof of his doghouse, typing away. The words? “It was a dark and stormy night.”

I sat there for a moment, muttering a few selective curses. Then I switched off the game, sat down at the computer and started writing a parody with the opening lines “It was a dark and stormy night. No, really it was.”  The result was a Sam Spade parody of about five thousand words.  I reread it a day later, made a tweak or two and sent it off to the literary magazine with a note ‘Leave me alone!’

A week later I bumped into the prof.  Turns out they loved the story and were going to include it in the humor and parody issue.

Inspiration.  As Bob Seger would say, “Goes to show you never can tell.” 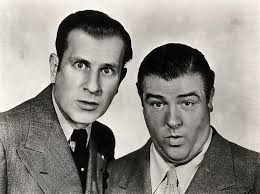 Posted by Motown Mysteries at 11:55 AM