It is my great pleasure to host M.S. Spencer.  I have read a number of books by this very talented writer and she always delivers with great characters, numerous plot twists and enough action (both in and out of the bedroom) to keep you turning the pages.


Thanks so much for having Armand, Lacey, and me at your great blog, Mark.

I didn't mean to write this story. I meant to write a nice romantic interlude set on Longboat Key, a lovely barrier island on the Gulf Coast of Florida. Even before I'd reached Chapter Two, however, things had taken a geographical turn and veered off into the western Caribbean. Even now I'm not sure how it happened, but everything started to go awry when Lacey Delahaye, my heroine, finds a bedraggled castaway in her mangrove swamp. Fine. Not a problem. He's handsome, injured, and clearly has a secret. Could he be a lost tourist? A real estate agent caught up in a Florida land scam? An environmentalist who's discovered that whales have become man-eaters? No, sir. With his exotic, dark looks (flashing black eyes, shimmering ebony hair, etc.), he hardly seemed the real estate agent type. And he has an accent. Therefore he comes from elsewhere. He eventually confesses to Lacey that…well, I certainly won't divulge his secret. I will say that he and Lacey find themselves in a remote, tiny, tropical paradise, which would be very romantic, except for the vicious serpent lurking there.


Pirates, Puritans, propaganda, and princes—pieces of the puzzle in the whirlwind romance between a beautiful jelly maker and a mysterious castaway.

Blurb:
In the aftermath of a hurricane, Lacey Delahaye finds herself marooned on an island on the Gulf coast of Florida with a mysterious man. They are immediately drawn to each other, but before Armand can confess his identity, they are kidnapped and taken to a tiny island in the western Caribbean. With the help of her son Crispin and a cadre of loyal followers, she and Armand must face down pirates, power-mad ideologues, and palace intrigue, if they are to restore the once idyllic tropical island to its former glory.


Excerpt (G): The Escape
Lacey looked out again. “What’s the other castle, the one on the northern point?”
“It’s the ancestral estate of the Proctors. The first secretary has always come from their ranks. Edrigu is the current officeholder.”
“The first secretary is like what, a vizier?”
“Yes. And treasurer, chief steward, commander of the army—”
Lacey stifled a giggle. “An army of one?”
Armand looked down his nose at her. “For your information, our muskets still work, and both Stefan and Luis are well trained in hand-to-hand combat.”
“Should it ever be needed.”
He turned grave. “I hope to God it never will be.”
It reminded Lacey of their predicament. “Where is Ulisses, do you suppose?”
Almost as if he’d been listening, the door sprang open, and Traficant entered, carrying a coil of rope. “I have an appointment with a man named Damiano.” He put Lacey on the cot and tied her hands to the bedposts. Dragging a chair to the other side of the room, he lashed Armand to it. “Now stay put. I won’t be long.” He left.
They heard the splash of the anchor. A little later, the sound of oars dipping into the water told them their captor had taken the dinghy. Spread-eagled on the bed, her arms stretched painfully, a familiar panic smothered Lacey’s senses. She had never been able to stand having her arms pinioned. She laid her head back and tried to relax, but her breathing quickened and hysteria washed over her. She concentrated on the gentle rolling and pitching of the boat.
“Here, let me.” Warm breath misted the back of her head.
She tried to jerk upright, but the ropes pulled her back down. Her eyes wild, she opened her mouth to scream, but a rough hand went over it. “Shhh, quiet, Lacey! You’ll wake the dead.”
“Armand! You’re…you’re free! I thought…I thought…”
“Now if you will kindly wiggle your fingers.”
Lacey did so and soon felt a loosening of the bonds around her wrists. “How did you manage it?”
Armand held up his hands, free of rope. “Unlike American prep schools, Eton teaches useful skills such as fencing and lock-picking.”
“I bet you’re a big hit at parties.”
“As a matter of fact…” He picked up her hand and kissed the tips of her fingers.
Lacey took a deep breath, and peace flooded back into her body. “So, your degree is in escape artistry?”
“Among other things.”
She rubbed her wrists. “What do we do now?”
“We get off this boat.”
“You mean, swim?”
“If we have to.” He stood up and paced the cabin.
She stopped him, hand to his chest. “You can walk!”
“What?” He looked down as though discovering his feet for the first time. “Oh, yes. The ankle is nearly healed.”
“But you were limping heavily only last night when Ulisses took you.”
“That was for his benefit. If he thinks I’m still lame, he won’t worry about our getting away.”
“I see.” She went to the door and tried the handle. “Locked.”
Armand held up what looked like a needle. “Standard school supplies.” He fiddled with the lock until the door sprang open.
“Why didn’t you use that before?”
“And go where?”


About the Author:
Although M. S. Spencer has lived or traveled in five of the seven continents, the last thirty years were spent mostly in Washington, D.C. as a librarian, Congressional staff assistant, speechwriter, editor, birdwatcher, kayaker, policy wonk, non-profit director, and parent. After many years in academia, she worked for the U.S. Senate, the U.S. Department of the Interior, in several library systems, both public and academic, and at the Torpedo Factory Art Center in Alexandria, Virginia.
Ms. Spencer has published ten romantic suspense and murder mystery novels. She has two fabulous grown children and an incredible granddaughter. She divides her time between the Gulf Coast of Florida and a tiny village in Maine. 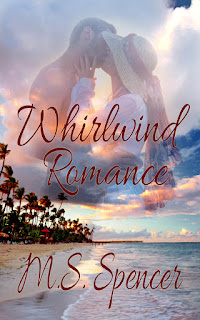 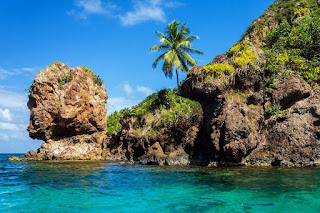 Posted by Motown Mysteries at 8:18 AM