In my youth I worked in a few restaurants in different roles. On occasion I might jump behind the line with the trained culinary people to help out, but that was not my primary function, so for the most part, I left that to the people who knew what they were doing.

Sometimes I’ll fire up the grill and roast some chicken or burgers and corn on the cob, smeared with butter and sprinkled with a little bit of sugar. Trust me, it’s worth it. Wrap the corn in aluminum foil, give it four minutes on a side with a hot grill and as Gleason used to say, "away we go"! 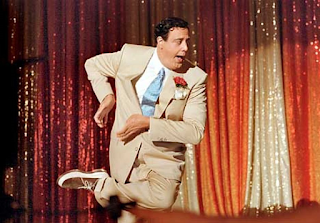 There are a few dishes I make that have become family favorites. Chicken picatta and stir-fry beef with asparagus and red peppers are a couple that come to mind. I still recall the boys charging down the stairs for my banana bread coming fresh out of the oven.

Chene and Malone, two of my main characters, both cook. This happens in stories where it seems like the most natural thing in the world for them to do. And it works.  Cooking is a form of creativity and when you’re done, you and your guests (or readers) get a tasty treat.

I was pleasantly surprised to learn that Inkspell, which publishes the Jamie Richmond series, was going to put out a cookbook.  Along with recipes there would be some writing advice as well.  So I dusted off a favorite and sent it along. Turns out the collection from over a dozen authors will be released November 1. Check it out and head for the kitchen. 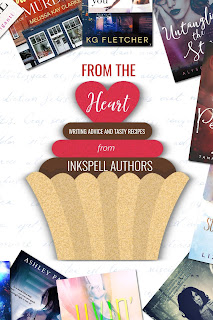 Talking about food brings this excerpt to mind from “Why 319?”.  In this scene, Chene has returned to the apartment of the serial killer’s latest victim, at the request of her roommate, Simone Bettencourt.

Simone might have reached for me. Or I might have reached for her. It was one of those things that I could never definitively answer. All I know is that one moment I was standing in front of her, the next she was in my arms. She buried her face in my chest and started sobbing. Somehow, I guided her back into the apartment and closed the door behind us.

At some point in time, Simone seemed to slowly run out of tears. She pulled back a little, wiping her face with her fingertips. Her body was warm. I could feel it through the thin material of the sweater as my hand slid slowly up and down her back. She started to turn away and stumbled. I caught her around the waist and steadied her. I was surprised at how little she weighed.

“I should be all cried out by now.” Her voice caught. “You must think I’m some kind of basket case.”

“Not at all. People deal with grief differently. Some never let it out. Others get angry, resentful. Some seek vengeance.” I realized I was still holding her. It took some difficulty, but I guided her over to the sofa. She collapsed onto the cushions.

I went into the kitchen. The muffin tin she had used yesterday morning was still sitting on the counter, residue from the batter stuck hard to the surface. There were four fingers worth of cold coffee in the pot. I sensed she hadn’t eaten since we’d been here.

Back in the living room, Simone stared vacantly at the windows. I’m no therapist, but even I could tell that her body would start shutting down if she couldn’t get past this point. She would also need fuel in her system. I turned back to the kitchen to check the supplies.

What the hell was I doing here?

The kitchen was surprisingly well stocked. I would have expected two young, single women sharing an apartment to eat out frequently. Apparently, one of them liked to cook. I found some boneless chicken breasts in the refrigerator, along with a fresh box of mushrooms. There was a lemon just starting to shrivel and a bottle of Chardonnay already opened. Hunting around, I discovered a bin with flour and some linguini noodles. I got started.

After slicing the chicken into thin strips, I dredged it in flour. The skillet was heated with a chunk of butter slowly melting in the center. I added the chicken and sliced the mushrooms. While it was browning, I found a pot for the pasta and got that boiling. With the chicken brown on both sides, I added the mushrooms, the juice from half the lemon and a generous glug of wine. I found a small skillet and used it to sauté some onions and minced garlic in a few spoons of olive oil. When the pasta was done, I drained it, then tossed it in the oil mixture. I was serving it onto a platter when Simone appeared in the doorway.

“You’re cooking?” Her voice was incredulous.

“Somebody’s got to. I’m betting you haven’t eaten since Friday night.”

She shrugged. “I haven’t had much of an appetite.”

I guided her to the table and set a plate in front of her. She looked at me suspiciously.

There's been plenty of classic rock on my stereo this week. Here's a favorite from the Eagles.

https://youtu.be/by5TbQzd8yQ
Posted by Motown Mysteries at 9:55 AM