This week someone asked me about my background.  It was unclear whether they were referring to education, work experience or my efforts writing. Turns out she was curious about my nationality.

After considering it for a moment, I shrugged and said, “I’m a mutt.”

Her response was a stunned expression. “A mutt?” 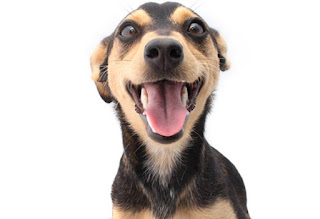 I went on to explain that my ancestors can be traced to Ireland, Scotland and Russia, with a bit of England and the French part of Canada thrown into the mix as well. I’m a long way from a thoroughbred. So that’s where the ‘mutt’ came from.  That explanation was met with a smile.

Which also works with my characters. I remember reading stories in my youth where everyone looked the same, sounded the same and had similar upbringings. While the overall story may have been entertaining, I found the cast of characters to be somewhat…boring.

So in my own efforts, I strive to make each player distinctive.  They should have characteristics or traits that the reader can identify with. Perhaps it reminds them of someone from their own life.

For me, that mixture makes for memorable characters. Which makes for better stories. And that’s what it’s all about.

Here’s an example of a different background.  In this scene from “Why 319?” Chene is coming from the crime scene to debrief with Pappy Cantrell.

I checked my notebook. Koz called while I was on the way back with more details. We had yet to find her purse or wallet, but he’d pulled the information from the driver’s license when the Bloomfield cops brought the copies.

“She was twenty-five. License shows her at five foot three, with green eyes. She was tiny. Nails polished, some makeup, but not overdone. She fit the profile of the other victims.”

I've been on the road a lot lately.  This classic from Wilson Pickett popped up more than once.
https://youtu.be/16u6w0cjjrU

Posted by Motown Mysteries at 7:51 AM