Yesterday I was at another book event. This one was filled with more than 60 authors, with every genre under the sun represented. Before the doors opened, I took a stroll, looking at many of the displays. Some authors had more promotional items than books overflowing their tables. Some had banners set up like floor mounted window shades, towering behind their chairs. Others were more basic, while some aimed for a middle ground, striving for that balance of ‘just right’.

As I was headed back to my table, I bumped into Andrew Allen Smith. We’ve attended some similar events before and his friendly demeanor is always well received. 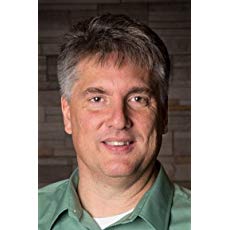 “It’s a crap shoot,” I responded. “You never can tell at these things.”

We chatted for a minute more before taking up our stations behind our tables. While waiting for the potential customers to arrive, I realized how accurate that statement was.  Events like these and writing in general, can be like shooting craps. Or flipping a coin. Whichever image works best for you.

When writing a story, I don’t have a specific audience in mind. First and foremost, I write for me. It’s a challenge for my creativity, my imagination, to mix fiction with facts, to weave an interesting story. At times I’ll be working on a piece and life gets in the way, so a few days will pass before I can get back to the keyboard. Reviewing what was last written may lead to some shaping or editing.

Sometimes it can make me smile and share a knowing wink with my character. Occasionally I might mutter, ‘damn, that was good’.

But when it comes down to a sale at a book event, it really is shooting craps. Earlier this summer a mother and two teenage daughters approached my table. Turns out the youngest girl, who was about sixteen, is an avid reader. She is the one who will find a new book, read it and then pass it along to her sister. When the sister is done, mom gets her turn.  So ultimately, it was the youngest daughter who was my customer.

“I don’t tell her what she can read,” the mom said. “But she always picks a good one.”

I watched while she checked the back covers on all four books. She hesitated in front of the Jamie Richmond series, but kept drifting back to Why 319.  When she made her choice, that was the one she wanted. She wasn’t interested in the romance/mystery stories. It was the story about the serial killer that caught her attention. The mom read the back cover and agreed.

With the sale completed, they moved on.

I thought about this yesterday after talking with Andrew.  It’s true. It really is a crap shoot. 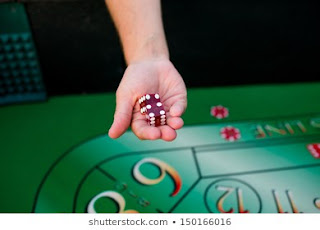 Since this caught so much attention yesterday, I thought featuring the back cover of "Why 319?" would be appropriate.

A serial killer is on the loose in metro Detroit. Three female victims have been discovered in motel rooms in different suburban cities surrounding Motown. The only connection is that each body is found in Room 319 and the killer leaves the taunting message 'Why 319?' on the bathroom mirror, written with the victim's lipstick.

Detective Jefferson Chene heads up an elite squad of detectives assigned to the case. With no home life, he devotes every waking moment to catching killers. But this one is more elusive than most. With no clues and no apparent link between the victims, Chene is at a dead end. But a startling revelation busts the case wide open. He's closing in on the murderer, but will it be before another young woman loses her life?

And you can check out Andrew's books right here.
https://www.amazon.com/Andrew-Allen-Smith/e/B01KTVUFQS/ref=dp_byline_cont_book_1
Posted by Motown Mysteries at 4:55 PM