Everyone gets moody. People can be happy or sad, bored or excited or anything in between. Your mood can be impacted by people around you or those you interact with on a regular basis.  Sometimes your mood can change for no apparent reason.

When I’m writing, I want my characters to feel the same way. Their moods can be driven by the circumstances they find themselves in. Anger, frustration, sadness, delight or peaceful can all be shattered by a twist in the story. But that’s what can happen in every life. Every day. So that’s something I want my characters to experience. Because the readers can relate to many of these same feelings. 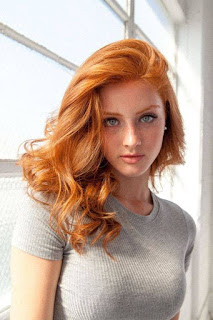 Here’s an excerpt from “Fleeing Beauty”.  In this scene, Jamie is struggling to learn about her late father, and recognizing how little she knows about him.

There was no sense in putting it off any longer. The house was quiet. Malone was at work for at least another hour. So now, in the stillness of the night, I pulled Peter Richmond’s will from my desk. The thick sheaf of documents felt heavy and serious in my hands. Slowly I began to make my way through the legalese.

Lincoln Banning was named the executor of the estate. The actual will had been drawn up by another attorney, so there was no possibility of a conflict of interest. Yet Banning did not have sole control over the finances.  Each year he gave a report to three people, one of whom was Vera, my crazy mother. My eyes grew wide when I recognized one of the other names. This was a very well respected judge from Oakland County. The other was a name I didn’t know. An attachment to the will included copies of the financial statements.

There was a list of assets. The converted factory which had become the art studio was at the top of the list. There were several other properties scattered around metropolitan Detroit. There were stocks in some technology firms, one of the automotive companies, a pharmaceutical giant, and a food conglomerate. Whoever was advising Peter from the beginning encouraged him to have a very diverse portfolio.  There were also three life insurance policies that were worth significant money, all paid to the estate at the time of his death. One of the last pages indicated that any and all works of art created by Peter which were unsold would remain as assets until the estate was distributed on my thirty-fifth birthday.  Only the executor, with agreement from all parties, could sell any assets.

I got up, went for a walk around the block in the dark, came back, and read it all over again. Without even considering the sculptures in the storeroom, the estate was worth millions. Vera was awarded a stipend each month. This was based on a budget from when they were married, adjusted to the current cost of living. Knowing her love of shopping, entertaining and travel, I doubted she saved any money at all.

Thoughts of my mother made me wonder again where she was. Somewhere along the line, Vera became a nomad. She was a constant fixture with a very wealthy crowd. Winters were usually spent in a warm climate, like Arizona, Florida, or maybe the Caribbean Islands. When the seasons changed, so did her mood. Vera loved being the social butterfly, jumping from one locale to another. After her sixth marriage a few years ago, she told me that it no longer made sense to marry. She was going to enjoy herself and if a relationship developed, so be it.

I was sitting on the rocker in the living room, with just the kitchen light on low, so absorbed in my thoughts that I didn’t even realize Malone was home. I jumped at the sound of his voice.

“You scared the crap out of me.”

He moved to me and pulled me up for an embrace. “What’s got you so wound up?”

“I read the will. It’s amazing how thorough Peter was. And it got me thinking about Vera. I wonder if her craziness impacted his actions.”

“Do you realize you always use her first name when speaking about her?” His hands were making slow circles around my shoulders and back, lightly rubbing away the tension.

“When I was sixteen, she forbade me to call her Mom or Mother. She said people wouldn’t believe she was old enough to have a daughter that age. She insisted I call her Vera. I was already referring to Bert by his first name, so it made sense.”

Malone pulled me tighter. “That sounds kind of sad. Kids should always refer to the parents as Mom and Dad, or some variation of that.”

“I had no idea you were so sentimental.”

“I have a few surprises.”

Today's music comes from Glenn Miller. But you probably already knew that.
https://youtu.be/_CI-0E_jses

Posted by Motown Mysteries at 4:13 AM