A couple of weeks ago, I attended an arts festival in Muskegon, a beautiful city on the shores of Lake Michigan. This was my second year participating in the event, and if the opportunity presents itself, I’ll gladly do it again next year.

There were about twenty authors in our group. In addition to a few mystery writers, there were authors who specialize in young adult stories, science fiction, fantasy, history and children’s books. Since we were all grouped together in a couple of sizeable tents, I had the chance to browse the efforts of my colleagues.

Near the end of the first day, one writer was making the rounds, asking people how they were doing. He seemed surprised to learn that several of us had already sold quite a few books. With a perplexed expression, he paused by my table.

“How are you selling so many books?” he asked.

“I talk to people. Find out what they’re interested in. If they don’t enjoy mysteries, I direct them to whatever type of books they do like.”

During our conversation, he admitted to staying behind his table, just watching the people come and go. He was making no effort to engage potential customers as they walked past. I checked out his table. He had nothing on it beside copies of his book.

I encouraged him to create and utilize promotional materials. Bookmarks, business cards and hard candy are some of the items I had. Additionally, there were two small bottles of wine adorned with the cover art from two of my books. If someone bought a copy of all four of my books, I would give them a bottle of wine.

“Everybody sells. You need to figure out what works for you,” I said. “Find something that ties in with your book. Engage people in conversation as they approach. Don’t try too hard. Just be friendly. Ask if they’d like to hear about your book. Come up with a ninety second sales pitch.”

He looked skeptical. Then he observed as I shifted gears and had a brief conversation with a lady who stopped by my table. He drifted back to his own area. I sold her a book and happily signed the copy.

I never heard if his sales improved on the second day. It was busy for me, with a steady flow of people enjoying the sunshine and the festival.  All I know is, if you want to sell, you need to be approachable and engaged people. 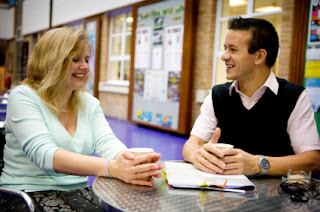 As I write this, the galleys for “Your Turn to Die” have been returned to the publisher. I’m anxiously awaiting word as to the next steps and when this sequel starring Jefferson Chene and his crew will be released.  While I can’t share clips from this work, I will tell you that Jamie Richmond appears in this book as well.  It’s more than a cameo appearance. Think supporting role in your favorite movie or television series.

So with that in mind, here’s a clip from “Vanishing Act” where they first meet.  In this scene, Jamie stops by the post to talk to Malone. 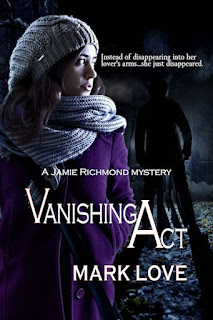 Malone was leaning against a desk, quietly talking with two other people. I hesitated in the background until I caught his eye. He smiled and waved me over and introduced me.

“Jamie, this is Sergeant Jefferson Chene and Detective Megan McDonald. They work with the multi-jurisdictional investigative squad.”

Chene gave me a thin smile and shook my hand. “We prefer Squad Six. It’s a lot less glorified, but it gets the job done.” His voice was low and deep.

“I’ve heard about you,” Megan McDonald said. “You’re the one who cracked the Kleinschmidt shooting. That was good work.”

I smiled at the compliment. “According to Malone, it was just a stubborn redhead with an active imagination. Hope I’m not interrupting anything.”

Chene easily shook his head. “No, we were just on our way across town from Ann Arbor. Thought I’d stop by and pick up the fifty bucks Malone owes me from the Patriots and Broncos game.”

“I told him not to bet against New England, but he wouldn’t listen,” I said.

Malone shrugged. “Hey, I’m a Denver fan. What can I say?”

While the cops bantered, I took a moment to study them. Chene was a light-skinned black man, close to six feet in height, with a solid build. His black hair was clipped short. He was clean-shaven, with piercing, dark eyes. He had a short, jagged scar on his left cheek. McDonald was almost looked too pretty to be a cop. She had shoulder length blonde hair and hazel eyes. She was about my height. Her frame was muscular, but she still looked feminine. I had no doubt she could hold her own with the male officers.

“So what does a multi-jurisdictional investigative squad do?” I asked.

Megan gave me a wink. “We catch the bad guys. We can’t leave all the work to the civilians.”

“Most of our cases span different communities,” Chene said. “Sometimes they are in the same county, other times, it can involve several counties.”

“Do you collaborate with the different communities in your investigations?” I asked.

“Well, in some cases we do,” Megan said, “but usually they turn to us to take over the case. Sometimes it’s a matter of manpower or experience. Our boss kind of likes it when we’re left to work on our own.”

“Without the help of any nosy civilians,” I said.

“That goes without saying,” Chene said with another thin smile.

I looked at him closely. He reminded me of someone, but I couldn’t make the connection. “Your name is Jefferson Chene. Isn’t that an intersection in Detroit?”

I waited for him to elaborate, but there was nothing else coming.

Malone paid his debt. Chene made a show of holding the bill up to the light, as if to make certain it wasn’t counterfeit. Then he and McDonald headed out.

There has been a lot of time on the road this week, which leads to a variety of music to help the miles go by. Somehow this tune by Lynyrd Skynyrd kept coming up.

Posted by Motown Mysteries at 9:47 AM