Yesterday I was at a festival in a small community. In between the occasional raindrops, I had the opportunity to talk with a number of people on a variety of topics. Somewhere along the way, two ladies heard that I’m an author. One became very excited and wanted to know more about my novels.

After chatting with her for a few minutes, her friend said, ‘you don’t look like a writer.”

As often happens, my mouth was responding before I had a chance to consider an appropriate reply. “Really?  So what does a writer look like?”

She became flustered. “Well, I don’t know. But certainly not like you!”

I’ve been fortunate to cross paths with many authors over the years. Top of my list was Elmore Leonard, whose crime novels and writing style were inspirational. Others, such as Don Levin and Stacey Rourke, may not be as well-known or as popular, but they are write engaging stories. 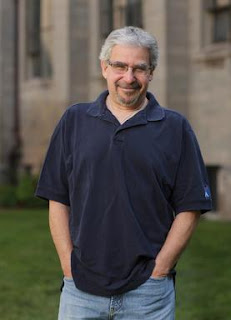 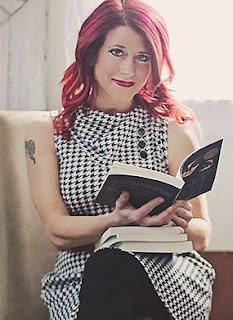 Not wanting to be cruel and make this poor lady more uncomfortable by challenging her to elaborate on her comments, I merely shrugged and moved along. But it got me thinking. Is there some stereotypical image of a writer? Authors are as different as people in any other profession. What we look like doesn’t matter. It’s all about the stories we create. The characters, plots, twists, conflicts and surprises are what keeps readers interested and begging for more. Who cares what we look like? So be forewarned, you just never know when you’re standing next to a writer.

Maybe that lady had something like this guy in mind. 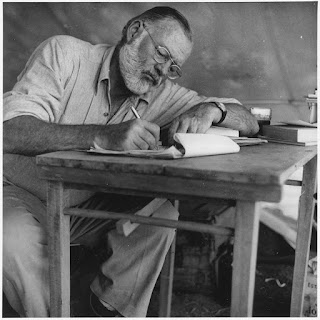 Here’s an excerpt from “Vanishing Act” the second book in the Jamie Richmond series.  In this scene, Jamie’s best friend Linda has discovered that she’s caught the attention of a stalker.

Linda let out a shriek of surprise. She lost her footing on the ice and crashed to the pavement. Looking over my shoulder, I saw a blocky shape, hidden in the shadows beyond the reach of the overhead lights, gliding close to the back end of a parked car. He took a menacing step forward, one hand clutching something tightly and extending it towards us.

“Run!” I screamed at Linda for all I was worth.

“Hey,” he snapped again, still reaching for us.

I took a step toward him and planted my left foot on one of the few dry patches of pavement. Then I swung my right foot as hard as I could, as if I was about to nail a fifty-yard field goal to win the Super Bowl. Without realizing it, I braced for the impact. To this day, I’d swear I was aiming for his crotch. But I missed.

Maybe the pavement wasn’t dry after all. Or maybe suddenly shifting my weight to make that kick caused me to lose my balance. Or maybe subconsciously I couldn’t really kick a guy in the balls. Or maybe he sensed what was happening and he took a step back. I’ll never really know.

In my peripheral vision, I could see Linda scrambling to her feet, already racing toward her car, clicking the remote control to unlock the doors. My leg continued its arc and just before making contact, my left foot shot out from underneath me.

My right foot slammed into the bulky guy. I caught him square in the chest. With my body going horizontal, it must have looked like some kind of ninja move. Whatever it was, it was enough to take him off his feet, and he went down with a thud. I couldn’t be sure, but it looked like his head bounced off the pavement.

I landed on my side and scrambled immediately to my feet. I was crouched in a fighting stance, anger and adrenalin churning in my gut. The guy let out a low groan. He made no move to get up.

Suddenly lights flared around us. Linda managed to start her car and pull it into the aisle. She lay on the horn, a long deep-throated wail that cut through the night. A few people who had been moving across the parking lot came running over.

Illuminated by the headlights, I looked down at the attacker. He was an older man, with a couple days’ worth of stubble across his face. His left hand was pressed against his chest, roughly in the spot in which I’d kicked him. Slowly he raised his right hand in my direction as our eyes locked. His voice made a throaty rasping noise as he spoke.

“She dropped her glove.”

If I'm working, there's gotta be music. Rocking out of the stereo today is a classic from Aretha. She never fails to get my attention.

Posted by Motown Mysteries at 11:49 AM