Recently I received a notice from the great people at Wild Rose about a contest for mystery novels. Now, I’ve never been inclined to submit to such things, but after a discussion with my darling wife, who basically said ‘Why not?’ with a few colorful adjectives thrown in for good measure, I went for it.

This ties in with a recent blog I wrote, encouraging others to submit their work for publication.  While it’s not exactly the same thing, as Pappy Cantrell would say, ‘close nuff!’

Last Friday I received an update on the competition. While “Why 319?” was not moving forward to the next round, I did receive some excellent feedback from the judges that was very helpful.

You might wonder about that. But I knew going into this that there would be some serious competition.  Novels were judged on a number of categories, including the opening, pacing, characterization, dialogue and more.  Three judges would read the book. They could be authors, agents, editors or others in the publishing industry.

So getting their comments and feedback is important. Because writing is something that can always be improved on. A little more description here. A little more attention to detail. Flesh out the characters. More conflict. More tension. This can all be utilized as I work on the next story. It’s something to keep in mind.  I take it as constructive criticism.

One judge wrapped up their comments with this thought.

The story immediately drew me in and I had a difficult time doing anything other than reading the last few chapters. Fabulous job! I hope we meet one day...

Hey, when it’s all said and done, that’s not bad. 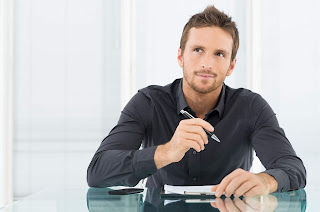 Here’s a little excerpt from “Why 319?”.  In this scene, Chene is having a quiet moment with Ted, the old saloon-keeper who befriended him years ago.

I sat there for a while, listening to the rain, staring out at the lake, and slowly twirling the wine glass. I tried not to think about serial killers and young women ending up dead. It didn’t make it any easier that they were a trio of plain Janes. Watching Ted work the bar reminded me of the thousands of hours I’d been under his tutelage. I realized how much I missed it.

I was fifteen when we met. I’d been going into restaurants, having a meal, then sneaking out without paying the bill. I’d leave a paperback book or a newspaper on the table, as if I’d simply gone to the bathroom. It worked for weeks, until I walked into Sharkey’s. Ted caught me trying to slide out the door at the end of the lunch rush. He’d given me three choices. Pay up, work it off, or he’d call my parents. Rather than go into details, I opted to work it off.

Within a week, I came back twice more. Scrubbing dishes in exchange for a free meal led to a regular job. It was an arrangement we maintained all the way through high school and college. I ended up tending bar when I was old enough, then managed the place occasionally. I have no family. Although I thought of Ted as a surrogate father, he preferred the favorite uncle approach. I caught a glimpse of his reflection in the window as he slid onto the opposite bench.

“Tough case?” He brought a pot of coffee and two glass mugs. “It’s decaf. The last thing you need is caffeine at this hour.”

“Homicides. Young women.” I took a mug and sipped it. Ted was known to lace his coffee with Bailey’s Irish Cream. I wasn’t disappointed. It went down easy.

“Don’t know how you can do that, Jeff. Looking at innocent people who got killed, then trying to work backward to catch the bad guys.”

I shrugged. “It’s from all those mysteries I read when I was a kid. I figured if I could solve one of those, real crimes would be easy.”

I gave him another shrug and stifled a yawn. The effects of the wine, the food, and the warm booze coffee were catching up to me. “Sometimes. Often with a homicide, we find out they are committed by someone the victim knows. Maybe it’s the result of a crime of passion, anger, money, or jealousy. You just never know what will tick somebody off. Push them over the edge.”

“Is this one like that?” He was leaning forward, his elbows propped on the table, palms cupping his chin. It’s the pose he takes when he’s concentrating, giving anyone else his full attention. Ted can block out the rest of the world that way.

I thought about it for a minute. “No, this one’s cold, calculating. Son of a bitch knows exactly what he’s doing. He’s deliberate. He’s…taunting.”

“Uh huh. This guy is making it into a game. Sort of like, catch me if you can.”

Ted stared right through me. “You gonna catch him?”

“We’re sure as hell gonna try.”

While I was writing this, a classic from U2 came on the stereo.   This song always makes me think of this scene from the Tom Cruise movie "Knight and Day".  Here's the scene and the song.

Posted by Motown Mysteries at 10:28 AM