Last week I had the opportunity to catch up with Jerry and Bill, who were part of the writer’s workshop I used to facilitate. What began as a three-week seminar at my old job evolved into something far greater than anyone ever would have imagined. At the end of the third week, the dozen or so people who had faithfully attended each meeting barricaded the door.

Such feedback was a great reward. Arrangements were made and we decided to meet twice a month.  During the next two years, I watched the dynamics change occasionally, but a core group of people remained.  They all had stories to share. Each person brought their talents to the room. They’d read passages from their work, getting suggestions and encouragement from me and the others.  In some cases, I even gave them a homework assignment. Focus on dialogue, conflicts, character development, and settings were described.

It’s been about a year since I moved on to a new job. But the group continues to meet twice a month, a testament to their dedication. Periodically I get emails with updates. So when Jerry suggested getting together to grab a drink and some dinner, we made it happen.

Our conversation ran the gamut as we caught up. All three of us lead busy lives, but eke out some time each week to write.

Bill’s nearing the end of his coming of age story.

And me…well, my main project at the moment is the sequel to Why 319.

As we regaled each other with our current efforts, the feedback was flowing, right along with the laughter.

Writing is solitary work. Sure, you can interact with others, gathering information while doing research for part of the story. But bottom line, it’s just you and the keyboard or notebook, working away to tell your tale. The best feedback for a writer is when someone writes a review for one of your books. If they liked your characters and found the story engaging, that’s the reward for all of your hard work.

Of course, sales are good too!

Here’s a little bit of feedback from “Devious”.  In this scene, Jamie and her step-father Bert, are enjoying a meal when he gives her feedback she wasn’t expecting. 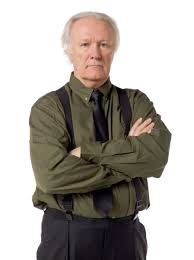 He took me to Rocky’s, a great little tavern not far from the post.  The owner had previously been a top chef with a local chain of upscale seafood restaurants. He liked to experiment with unusual combinations. The special was lobster ravioli in a light cream sauce. It was accompanied by a mixed green salad including dried cherries and pecans. A small loaf of freshly baked cheesy garlic bread completed the feast. We both had the special and could hardly move after the meal.
“You eat this well all the time?” I asked.
“Hell no. I haven’t been here a dozen times in five years. But how often do I get to sneak away for lunch with a lovely young woman?”
“You feed me like this I’ll visit you for a meal every day.”
Bert sipped his coffee and nodded. “Yeah, and within two weeks, you’d be running for the border. Don’t kid yourself, Jamie Rae. You like that independence.”
I felt my cheeks flush. “What do you mean?”
“You know perfectly well what I mean. Since I’ve known you, it’s been only a matter of minutes before you wanted to be on your own. You’ve got a touch of your mother’s free spirit. That’s why you preferred freelancing. You can change your directions at a whim. There is nothing to tie you down.”
Silently, I considered his observation. I did like being on my own. There were no pets at the apartment, just a few plants for atmosphere. More often than not, two weeks went by before I remembered to water them.
“You think I really prefer being on my own?”
Bert gave me a muscular shrug. “Hey, there’s nothing wrong with it. I’m sure you’ve had your share of romantic relationships.  Maybe someday, you’ll find a guy you can tolerate who can tolerate you.”
“You’re starting to sound like a social worker with a twenty-two-inch neck.”
“I don’t get the chance to talk to you that often. I know it’s not easy to hear, but you might benefit from seeing things from my perspective.”
I lowered my gaze to the coffee cup. “Shut up, Bert.”
“Now there’s the Jamie I know and love. But don’t think I’m some kind of expert. The longest relationship I had was with your mother. That should tell you something.”
I didn’t comment while he paid the bill. Only as we were gathering our coats did I zing him back.
“I think what that tells me is that you’re a hopeless romantic. You fell in love one time with Vera and even though you’ve been divorced all these years, you still have feelings for her.”  I linked my arm with his.
“Now who’s the social worker?”
“You still love her.”
It was his turn. “Shut up, Jamie,” he said with a playful smile on his face.
Bert walked me to my car.  The wind was gusting, yanking the last remaining leaves from the trees. The temperature had dropped dramatically. Soon winter would be upon us.  I leaned against Bert, stretching up to kiss his cheek. “I’ll take that as a yes.”
“After high school and those teenage crushes, I’ve only loved three women my whole life. Not a lot, but enough for me. One was Elaine, my first wife.”
I nodded with the memory.  Bert kept a small portrait of her on his dresser, even when he’d been married to Vera. Elaine had died from an aneurysm. No warning at all. She was twenty-seven. One moment, she was walking down the aisle of the grocery store.  The next, she was dead.  “She was lovely. I remember her picture.”
He opened my door and waved me inside. “Still hurts sometimes, just thinking about her. Then there was Vera. And we all know where that went.”
Bert ducked his head inside my car and planted a kiss on my cheek. “Be good, Jamie.”  He pulled away and firmly closed my door.
He was almost to his car when I realized what he’d said. I drove across the parking lot and lowered my window. “You said three. Who else?”
“That’s you, Jamie Rae.”
Sometimes, I can be so dense.

****
On the drive out to meet the guys, this classic from Stevie Ray Vaughan came on the radio. It was the perfect tune after a long day at work.  Hope you enjoy it. 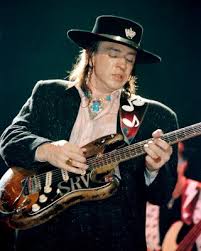 Posted by Motown Mysteries at 9:56 AM