Recently at the urging of my publisher with Inkspell, I featured an interview with Jamie Richmond, my redheaded protagonist from that trio of mysteries, Devious, Vanishing Act and Fleeing Beauty. So it seemed only natural to give Jefferson Chene the stage today.


Tell us a little about yourself:

I’m not given to talking about myself much. I grew up in Detroit in an orphanage run by the Catholic church. My name comes from the intersection near downtown Detroit where I was found. Turns out the cops accidentally wrote that down on the report instead of ‘Baby Doe’ or something like that. By the time anyone noticed it, the name was part of the official record and it stuck. I was raised by the nuns and a priest who ran the orphanage and an adjacent school. It’s safe to say I’m no choirboy, but I have a very strict sense of right and wrong.  That’s probably why I became a cop.

I’m a detective sergeant with the Michigan State Police. We handle major cases, usually those that cross jurisdictional lines, like from one suburban city to another.  When we realized the homicide victims were found in three different cities and the work of a serial killer, it was exactly the kind of case we take on.

(laughs sarcastically) Guess that one’s up for debate, depending on who you ask. I’ve always been here. He just recognized my cases would make for a good story. Maybe a movie someday.  I wonder if Denzel Washington would play me. (more laughter) Or maybe somebody younger. 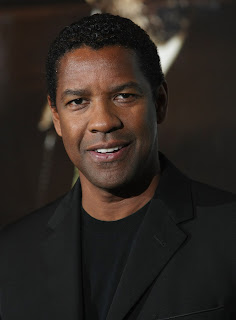 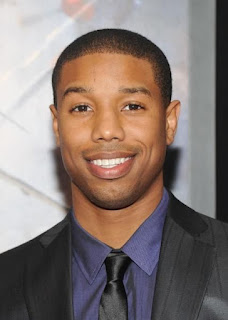 Strength would be my intelligence. I’m a student of criminal behavior. After more than ten years as a cop, I’ve seen a lot. Sometimes I can figure out a motive and who stands to gain the most from the crime. That’s helped me solve a number of cases.  Weakness… well, I’m not exactly a lady’s man. There’s a lot about women that I don’t understand, (chuckles) and probably never will.

The killer in “Why 319?” is taunting the police. Why else would they leave that message on the bathroom mirror? If they didn’t do that, it’s doubtful that we would have connected the murders, since they’ve taken place in three different cities across the metro area. So it’s an ego trip. Trying to show up the cops, that the killer thinks they are smarter than we are. But we don’t stop until we solve a case. That’s what makes our squad different. We’re a determined group of bad asses.

(chuckles again) This is starting to sound like one of those online dating profiles. Okay, here goes. I enjoy cooking. I read fiction, mostly crime stories like Elmore Leonard’s work. After all these years, I’ve never considered trying to find my biological parents. They must have had their reasons for abandoning me. Life goes on.

Nah, I’m comfortable on my own.  I’m close with the rest of the squad and have a small circle of good friends and acquaintances. I like people but I’m just not the gregarious type.

A good meal, a drink or two and maybe read a couple of chapters of a good book. There’s a lot of great stories out there. I’m an insomniac, so sleep is elusive. It’s also vastly overrated.

(Hesitates) I’d have to say Megan McDonald. We’ve been friends since the third grade. She knows most of my secrets. Maybe that’s why she followed me into police work. Every once in a while, she’d make some snide comment or try and get me back into the fold with the nuns and the priest who still run the school we attended. Megan’s a good reminder of my roots and how far I’ve come.

I’ll watch football on television, but that’s about it. Music. Give me some old Motown, blues, rock and roll or jazz and I’m good.  Like this one.

Posted by Motown Mysteries at 5:48 PM