Yes, it’s that time of year. Cupid is dusting off his bow, loading his quiver with an ample supply of love-inducing arrows. The chocolatiers are displaying their wares and the card shops are overflowing with what they hope will be the perfect way to express your feelings to your true love. Or something like.

I know what you’re thinking. “C’mon, man, your last name is Love. That’s gotta mean something. And you have written some steamy passages in several novels. So despite the grumpy exterior, you must possess the soul of a romantic.”   Well, maybe so.

Having been in a relationship for a long time, I have a different take on it. Love isn’t reserved just for one day.  You see it in the little things as well as the big gestures. It’s in catching her eye across the room in a crowd of people and sharing a look and a wink. It’s leaving a note on your way to work while she’s still sleeping, knowing she’ll see it in an hour or two. It’s preparing a nice meal. Talking a quiet walk together.  Sharing a laugh. Watching a favorite old movie that you’ve both seen a dozen times before. It’s coming home from a grueling day at work to a hug and a kiss and a great dinner. It’s all of that and so much more.

So I won’t be buying more jewelry, boxes of candy or bouquets of roses to celebrate the day.  I’ll get a few little things. And that will be just fine.

As to the steamy scenes I’ve written, here’s an excerpt from “Vanishing Act” that might fit the bill.  In this scene, Jamie’s best friend Linda is revealing her feelings for the new guy in her life. Someone Jamie fixed her up with.

It was a Thursday, a couple of weeks after we first started working out. Linda suggested we stop for a coffee and a pastry on our way home. I was looking forward to a Creole dish Malone made, but I knew she wanted to talk about something. During our class I noticed that her smile was even brighter than normal. Apparently something had been going on.
So we pulled into a coffee shop that she likes to frequent. I got a slice of iced lemon loaf and a cup of tea. Linda got a vanilla coffee and a raspberry muffin. I waited until we were seated at a little table far from the doorway or anyone else.
“So are you going to tell me what’s going on? You’ve been beaming a thousand watt smile since you picked me up.”
I saw the color radiate on her cheeks. She lowered her eyes and took a sip of her coffee. I waited. Finally, she drew a deep breath and raised her face.
“I think I’m in love,” she said quietly.
I sat back in amazement. This was the same woman, who, not three weeks ago, had sworn that they were just getting to know each other, just going to take it slow. Suddenly she was talking love. Before I could respond, she waved a hand at me.
“Just be quiet and listen, Jamie. I know that’s difficult for you, but please just hear me out.”
I tore a corner off the pastry and popped it into my mouth, then closed my eyes to savor the lemony sweetness and let it dissolve on my tongue. I imagined this was how a sunbeam would taste. When it was gone, I opened my eyes and gazed at her. I extended my right hand and just looked at her.
“Vince came over last night. I wanted to cook for him, so I made shrimp with angel hair pasta. You know the way I do it, with mushrooms, red peppers and fresh parmesan cheese.”
My stomach growled. It’s one of her signature dishes. I started to comment but Linda waved me quiet.
“So we had some good Italian wine, a white one that really went well with the pasta. The stereo was on, something soft like Diana Krall and Van Morrison. After dinner, we moved to the sofa. The fire was lit and one light was on low. I had been in a bit of rush to get dinner ready when I came home from work, so I hadn’t bother to change.”
She paused to sip her coffee. I couldn’t keep quiet. “What were you wearing?”
“You know that turquoise sweater with the cowl neck?”
I nodded. It does magical things for her eyes.
“That and a black wool skirt, some stockings and those black leather boots that come up to mid-calf.”
Linda loves boots. She has several pairs and usually likes the ones with a two-inch heel. I knew exactly the outfit she was describing. It could stop traffic any time of the day or night. Like she couldn’t do that already! I waited for her to continue. She took another taste of her coffee and then started talking quietly again.
“So we’re on the sofa, sitting there, just listening to the music. He had an arm draped over my shoulders. And I mentioned that I had to get out of my boots. My feet were starting to cramp. That’s when things got…different.”
I wasn’t sure I wanted to hear this, but there was no stopping her now. “What do you mean, different?” I asked.
“Vince told me to move to the other end of the sofa. Then he slowly unzipped my boots and pulled them off me. My legs were in his lap. He started to massage my feet, chasing away the aches and pains. Then he moved up to my ankles. And the whole time, he just kept talking, keeping his voice very low and soft.”
“What did he say?”
Linda shuddered with the memory. “He told me all of the things he was going to do to me, all the ways he wanted to please me.”
I pulled back the sleeve of her jacket. Her arm was covered in goose bumps. “Do you really want to tell me this, Linda?”
“I’ve got to tell you, because I still can’t believe it happened. It was like I was hypnotized. He was in total control of me. I couldn’t even move.”
Somehow no words found their way out of my mouth. I just stared at her so she kept talking.
“I swear he touched on every fantasy, no matter how dark, I have ever considered. And the whole time, he just kept talking softly, massaging my legs. I thought I was melting from his charms on New Year’s Eve. That was nothing compared to last night. By the time he finally undressed me, I was so far over the edge, I didn’t think I’d ever make it back.”
I would have never believed my good and kindly doctor would be capable of fulfilling all her fantasies. And even if I had, I could never have imagined how dark these fantasies would turn out to be.

Sounds promising, doesn't it?  Well, I couldn't resist to add this little musical piece that's perfect for my take on the big day.  Enjoy! 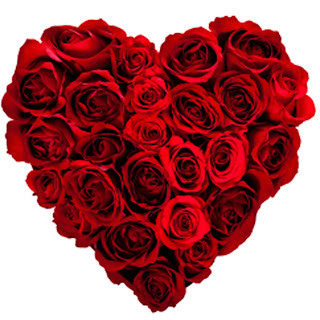 Posted by Motown Mysteries at 12:13 PM