Before I ever seriously thought about writing, I was an avid reader, mostly of mysteries. I still am. As a kid I enjoyed the creative genius of John D. MacDonald, particularly his Travis McGee series.  In my teens I discovered the talents of Elmore Leonard and Robert B. Parker.  As time rolls on, these great writers have passed away. But their stories remain, to intrigue and entertain you. Growing older lead me to expand my horizons on the type of stories that caught my attention.

When I lived in the Detroit area, we were close enough to Canada to pick up broadcasts from their radio and television networks. So it was one Saturday morning about fifteen years while running errands that I stumbled upon a treasure. The Vinyl Café, hosted by Stuart McLean.  This radio show, traveled across Canada, and featured many local musicians.

But the highlight of the show was when McLean would read a story about some of his characters. He brought these people to life. All of their quirks, their habits, their dilemmas, were spelled out in fifteen or twenty minute segments.  At one moment, Stuart could have you laughing out loud, shaking your head in dismay at the antics being portrayed. The next, you could feel your eyes growing misty as he tugged at your heart. Listening to his program became a regular part of my Saturday mornings. When I discovered he’d published a collection of his tales, it was quickly purchased.  Along the years, I added a few more.  One year I dragged the whole family across the river to Canada to see a live holiday performance. We laughed for hours.

Once during an interview, McLean revealed his secret to creating such great stories. He stated the important thing was to really know your characters, to spend some time with them. Understand the way they thought, the way they would act and react.  And if you ever read or heard one of his tales, you’d get to know them in the blink of an eye.

Sadly, Stuart passed away this week.  A gentle man with a great talent to weave entertaining stories.  McLean was a bestselling author in Canada and in recent years had even brought his concert tours to some US cities close to the border. But like so many great storytellers, his tales will live on.

Here’s a link to one of my favorite Vinyl Café bits, “The Waterslide”. I hope you enjoy it. 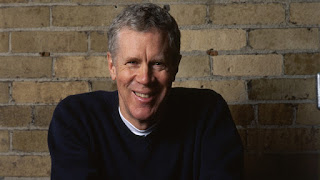 Posted by Motown Mysteries at 11:32 AM