At a recent meeting of the writer's group, the discussion turned to characters and how sometimes you need to shake things up a bit.  Several people were looking to me for guidance, so I said "Lie to me."

Everybody lies. It’s part of human nature. Can the question “Do these jeans make my butt look big?” ever be answered truthfully, without fear of grievous bodily injury?  What about “How old do you think I am?”  Admittedly, some people are better than others when it comes to lying. The con man’s credo is ‘keep it simple’.  The more complicated your lies are, the harder it becomes to keep them straight.  And there’s nothing worse than getting caught up in a lie. Or was that really your plan all along?

So I took it a step further and spun the following scene.


Valerie was a sultry brunette with a no-nonsense attitude and just enough curves on her lanky figure to distract him. “According to your profile, you claim three important facts.  First, you’re a successful author, whose latest book may be considered for a movie.” Her voice was low and throaty, as if she just finished a shot of twelve-year-old Scotch and half a pack of Marlboros.

“That’s right.” Alexander was trying not to let his eyes wander. But it was difficult, especially the way she was standing there, hands planted on the table between them, looming over him. She was flashing just a hint of cleavage.

“Second, you once tried to drown a Catholic nun.” Valerie arched an eyebrow at him. Her gaze was intense. If looks could kill, he’d be a dead man. Maybe she was raised by nuns?

“Right again,” Alexander said. Was it getting warmer in here?

“Third, you supposedly spent the summer cruising around the back roads of the Midwest on a motorcycle.” Valerie leaned back and gave her head a shake, tossing that luxurious mane of chocolate brown hair. “And you readily admit that one of those statements is a lie.”

Alexander shrugged.  “That was the idea, one falsehood mixed with a couple of truths that would raise someone’s interest.  Apparently I got your attention.”

She loomed over him again. Another button on her blouse was undone. “You think you’re clever, don’t you?”

“I have my moments.”

“Which one is the lie?” she repeated.

By the way, last week was the Ann Arbor Book Fair.  It was an excellent day, despite the furnace like blast of ninety degree weather in the scorching sun.  I met a lot of great people and sold quite a few books. Can't complain about a day like that.   I also learned about a new group promoting local authors called Hometown Reads.  Since all of my mysteries take place in the Metro Detroit area, it seemed like a perfect connection.  I'm delighted to be part of their latest effort.    Here's a link to their new site. 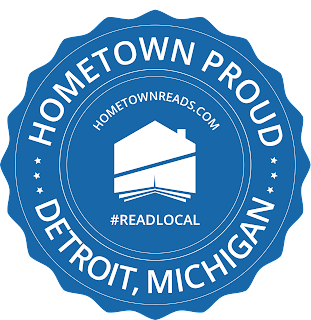 Posted by Motown Mysteries at 8:27 AM