New Release: On The Slopes

It's my great pleasure today to introduce Bridie Hall.  Her latest book, "On The Slopes" was just released and is certain to be another hit.


Here's what you would find on the back cover.

Snowboarding means everything to Charlise, but she hasn’t met Sam Miller yet.

Charlise is a snowboarder with a promising career ahead of her. Despite the fact that her father hates her risking her life on the slopes that had taken the life of Charlise’s mother she is determined not to give up her career the way her mother did when she fell pregnant. Charlise wants to win medals, lots of them.

The last distraction Charlise needs is the American freestyle champion, Sam Miller, who utterly enthrals her with his wit and friendliness. Refusing to risk her career for a relationship, Charlise returns home for Christmas, determined to sort things out with her father. But the holidays culminate in an epic fight, and with a repeat of the painful breakup with Sam. However, new discoveries from her family’s past might change Charlise’s mind about Sam …

And to give you a little taste of the story, check out this excerpt.

“Can you drive stick?” Once the rain let up in the afternoon, Sam needed to go into town. It was his turn to buy groceries.
“Sure.” Charlise grabbed at the chance to get out of the house because so much testosterone was doing her head in. “Why?”
Sam let out a breath. “You’re driving, then. I don’t get these European cars. Why can’t they be automatic?”
She chuckled, thrilled to be better at this than one of the boys.
Sam and Todd were from the US, while Thor was German. Most of the film crew was American, hired by their American sponsor. She was the only French on the team.
“Aren’t men supposed to be tech savvy?” she teased him as she started the car and turned up the heater. The temperatures had dropped to around zero, and snow had been forecast for the evening.
“Not being able to drive stick is not a gender thing, it’s cultural,” he said indignantly.
She snickered. “Freud would have a field day with you mentioning stick and gender in the same sentence.”
“Har fucking har,” Sam said, but, despite his grumpy tone, a smile curved his lips.
“It’s a good thing, anyway,” she said smugly. “You not being able to drive around at least means you can’t kick me out because you need me.”
“I’m sure there are others on the team who can drive stick,” he said, challenging her.
She glanced at him with a grin. “I’m sure.” After a pause, she added, “But none of the boys are as cute as me.”
He chuckled, but it annoyed her that he didn’t agree. He always liked to flirt with all the girls at snowboarding competitions, but he never flirted with her. She didn’t feel comfortable being singled out this way. She liked it when boys flirted with her. It made her feel powerful, and it was a big letdown Sam wouldn’t grant her the power. 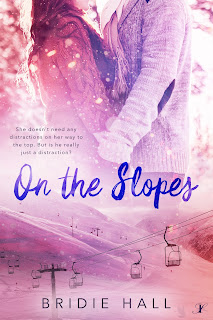 Posted by Motown Mysteries at 4:39 PM