My first novel with Inkspell Publishing is called “Devious”.  This is the story of Jamie Richmond, an independent young woman who after establishing herself as a reporter for several years, took the plunge and devoted all her efforts to writing mysteries. With her first sale made, Jamie is in the process of researching characters for her next book. That leads her to the Michigan State Police. She wants to base a character on a state trooper, one of those guys who routinely patrol the highways, keeping everyone safe. Jamie is able to do a ride along, where she spends a shift as a passenger, gaining insight as to what the job is really like.  Near the end of the shift, during what appears to be a routine traffic stop, the trooper is shot.  Quick thinking on Jamie’s part chases away the shooter and soon help arrives. When the ensuing police investigation grows cold, Jamie is determined to figure out who was behind this dastardly act.
At the same time, a romance develops between Jamie and Sergeant Malone, another state trooper whom she first met on that fateful night.  Malone’s cobalt blue eyes have a way of distracting Jamie, despite her best intentions. And there’s a certain amount of mystery behind him as well.  Here is an excerpt from the book that may give you some hint about what lies ahead for Jamie and Malone. This is the first book in the series.

One night last week, Malone let slip that he had a soft spot for pink. I’d been waiting for an opportunity to see just how much of a softy he was. So in addition to polishing my nails, I dug out some appropriate sleepwear. I don’t have a huge supply of slinky negligees. With the colder weather, I usually wear flannel pajamas. Not exactly the wardrobe of choice to spark romantic interest. But I knew there was an item that would fit the bill tonight.
In the bottom of the drawer was just what I was looking for. Probably the most money I’ve ever spent on myself for something I’d only dreamed of wearing before. Actually, I’ve worn it twice, but never when I was expecting a visitor. It’s pure silk, in a very soft shade of pink, with thin spaghetti straps at the shoulders. It hugs my meager curves very nicely and stops about mid-thigh. It dips very low in the back, so if I’m feeling extremely naughty, I can always wear it backwards. The gown comes with a matching wrap in the same shade of pink with a little black trim along the collar and the cuffs. The wrap drapes to my ankles. I wanted to get Malone’s attention from the moment he walked in the door. With that in mind, I searched the closet for a particular pair of shoes. They were black, with very high heels and open toes. I slipped them on and posed before the mirror. I sure hoped Malone had been taking his vitamins.
He was due any time now. I wanted no doubt left as to what this evening had in store. The stereo was ready with a variety of discs, some soft sultry ballads by Diana Krall, James Taylor, and light jazz instrumentals. There were candles lit, both in the living room and the bedroom. I touched up my makeup, just lipstick and a little bit of blush. A quick spray of perfume and I was ready.
I was heading for the windows to see if I could spot his car, when the door opened. Malone stood there for a moment, not moving. I couldn’t see his eyes clearly. He was in that shadowy area, just inside the door and all the candles were behind me. My heart did a little stutter. Was I coming on too strong?
“Hey, Jamie.” His voice was a hoarse whisper.
“Hey, Malone.” I wanted to pose for him in some seductive way, but I was frozen in place, halfway between my bedroom and the sofa. He just stood there, staring at me. His head moved slowly. I could feel his eyes tracing their way down my body. A chill ran up my spine, but I still couldn’t move. Then I heard a clicking noise and realized he had managed to close and lock the door behind him. At last he moved.
“You are an incredibly beautiful woman.”
I blushed and lowered my eyes. “It’s just the gown.”
“Don’t do that.” His voice had taken on a thick, husky quality.
“Do what?”
“Downplay the compliment.” Malone reached out his right hand and took my left. Then he turned me and we started dancing slowly, moving in perfect sync to the music. I think it was Krall singing “The Way You Look Tonight.”
“Just smile sweetly, say, ‘thank you’ and accept the fact that I believe you are an incredibly beautiful woman.”
I was having trouble finding my voice. “Thank you, kind sir.”
He twirled me around the apartment. It amazed me how well we moved together. With the heels, I was almost eye level with Malone. His right hand was now inside the wrap, resting lightly on my bare back just above the edge of the gown. “Do you have any idea how incredibly sexy this is? To come in that door and find you like this?”
“Do you have any idea how sexy you make me feel, Malone?”
He stopped moving at that moment and dipped me, just as the song ended. “I’ve never had that effect on any woman before. At least, not to my knowledge.”
“Malone.”
“Yes, Jay?”
“Are you going to kiss me?”
That killer smile crossed his face. “I thought you’d never ask.”

Sounds interesting?  A little mystery wrapped in a little romance. Or maybe it’s the other way around.  Here's a shot of what Jamie might look like. 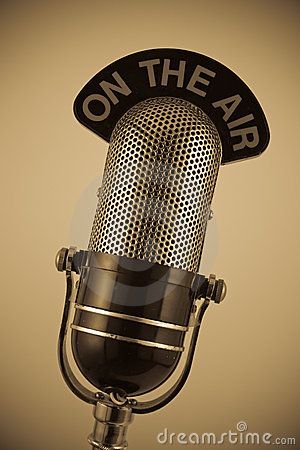 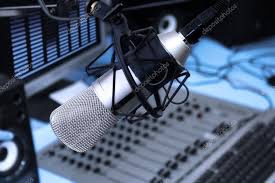