In books as well as in life, there are times when something totally unexpected happens. It can be when a past relationship between two main characters is revealed, which helps explain their interactions and attitudes. Or the discovery of new evidence in a mystery that can help narrow down the suspects.  Or the arrival of a new character who has always been on the periphery of the story.

Last week a conversation brought to mind my time facilitating a writer’s workshop a few years ago.  Occasionally I would create a prompt for the group, giving them a particular component to focus on and writing a few paragraphs of a scene to get them started. It was always a blast to see the results when they returned for the next session. Some were so well done they left us begging for more.

One of my favorites was about the unexpected.  In that prompt, I set it up where a guy has prepared dinner, getting everything ready to woo his new girlfriend. The mood is set with candlelight and romantic music when there is a knock at the door. Expecting his lady friend, he is dismayed to discover his ex-girlfriend on the landing, demanding his attention.  There were a number of great scenes that stemmed from that. 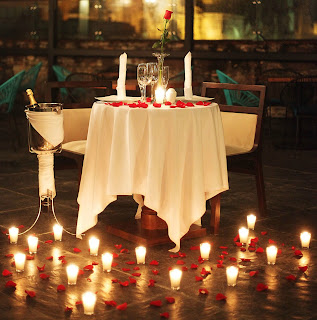 When working on my stories, it’s always in the back of my mind that a little twist is needed. Sometimes I plot it out well in advance. Often, it’s a spur of the moment inspiration. But whatever the method, it always helps to keep the story going.

Here’s an example of the unexpected from “Fleeing Beauty”.  In this scene, Jamie and her friend Ian are just finishing up a day’s work at her late father’s studio, when there is a knock at the door. 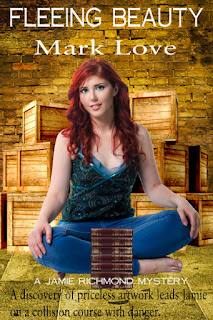 It was after four o’clock when I decided we’d done enough for one day. All told twelve crates had been opened, their precious cargo revealed to the light of day for the first time in over two decades. Ian was sweeping up the last of the straw. I had just sent the video files to my home computer and to Lincoln Banning when someone knocked on the outer door. Quickly we turned off the lights in the storeroom and swung the secret door shut. Ian was closing up the roll top desk as I went to open the door. Releasing the lock, I pulled the door open partway, letting it rest against my shoulder. It’s a good thing I did that, because what greeted me was so stunning that I almost fell over.

She was standing there with a gentle smile on her face. Wearing modest heels, she was still an inch shorter than me. Her hair was the color of sand, with a few blonde highlights sprinkled in for good effect. She was wearing a linen suit in an ivory color, the skirt not quite reaching her knees. The silk blouse shimmered in the light, giving me the impression she was sparkling with energy. Her face was free of wrinkles or shadows. Her makeup was perfect. Even from three feet away, I caught a whiff of her delicate perfume.

“Well, Jamie, are you just going to stand there or are you going to invite us in?” Her voice was strong, with just a hint of annoyance.

I hadn’t noticed there were other people behind her. Lincoln Banning and Helen Gaines flanked her.  Drawing a breath, I pushed the door open and stepped back. Vera reached up and put her hands on my shoulders. She leaned close, but not near enough for an embrace and did the air kiss routine toward each cheek. Then she swept past me into the room, trailing the attorneys. She canted her head in Ian’s direction.

“And who is this handsome young man?” she cooed.

Ian wiped his palms on the back of his shorts and came forward. I introduced him to everyone. Vera was sizing him up like a pony at the rodeo.

“I didn’t think you were coming to town for a week or more.”

Vera fluttered a hand at me as if she were shooing away a pigeon. “Well, once my friends heard about the discovery, they insisted on expediting our trip. We flew to Hawaii. Another friend suggested I use his private jet to come to the mainland. I’d forgotten how tedious international travel can be.”

“We did try and call you, Jamie,” Lincoln Banning said, “as soon as I knew Vera was in town. I left several messages on your phone.”

Vera walked around the studio, stopping in front of the worktable with the lone sculpture on it. Slowly she brought one hand up to her mouth. No one said a word as she stared at it. Vera reached out and delicately ran her fingers over the figures.

“I remember this one. The lines were giving him fits. He just couldn’t seem to get it right. Peter was such a perfectionist.”

“That he was,” Lincoln said. “Even after all these years under wraps, this is an amazing piece of art.”

Vera spun to face me. “Linc said there are many more. I’d like to see them.”

“They are in the storeroom.” While we’d been talking, Ian moved over by the hidden switch. I nodded and he unlocked the door and swung the panel open.

Vera led the way. I followed with Lincoln right beside me. Helen Gaines walked a few steps further back.  Ian stayed by the doorway.

I explained the process and the videos we had taken so far. The group slowly made its way down the aisle, taking the time to examine each piece. Helen remained out of the way. I glanced over my shoulder in her direction. Her face was etched in wonder. I could relate.

“There are so many,” Vera said breathlessly. “I had no idea.”

“We’ve opened nineteen so far. We’ll resume work on Monday. If we can stay on schedule, we should have them all open and ready for the experts in two more weeks.”

“Once we have everything documented, I can have the videos professionally edited and we can make a very detailed catalog,” Lincoln said.

We moved back out to the studio. Ian switched off the storeroom lights and secured the door.  Once again we gathered around the worktable. I was studying Vera. It looked like her energy was fading.

“I’m afraid jet lag is catching up with me,” Vera said. “I’ll have Benjamin drive me out to the hotel.”

Vera gave me a gentle smile. “He’s the limousine driver. My friend insisted that I use his private car and driver while I am in town. I’m staying at the Hotel Baronette in Novi. Come for dinner. Eight o’clock. The hotel has an excellent restaurant.”

All I could do was nod. With the two attorneys flanking her, Vera made her exit. Ian appeared alongside me.

Posted by Motown Mysteries at 8:18 AM