Whether you’re celebrating the Irish today or not, it’s arrival makes us one day closer to spring. That’s something we all can be happy about.

Last week many parts of the U.S. began daylight savings time. This is a practice that makes little sense to me.  At school on Monday one of my students gave a great example from a documentary she saw with a Native American. When asked about daylight savings time, that Native American said ‘only the white man would take a blanket, cut one foot off the bottom, then sew it to the top and claim that he now had a longer blanket.’

I have no argument for that. 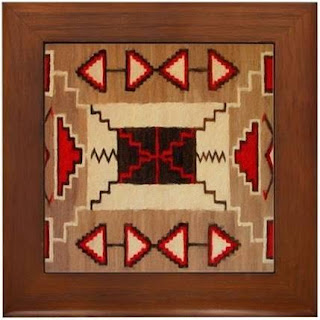 Considering the day, I thought it was only appropriate that Jamie make an appearance. After all, what’s St. Patrick’s Day without a redhead?   Here’s an excerpt from “Vanishing Act” the second book in the series.

Of course first I’ve got out of this alive.

He’d warned me time and again to mind my own business. Why didn’t I listen to reason? How could it be that less than four months after I narrowly escaped certain death at the hands of a psychotic bikini-bar waitress, I found myself in another situation where my chances of survival were slim? Only this time, it was not just my life on the line. I had somebody else counting on me.

Now it was up to me. I needed to figure out a way to get us out of here, fast, because right now, time was rapidly running out on me. Make that us. There was no way I was leaving alone, but there sure as hell was no way I wanted to stick around. Right now, all I really wanted was to be back in my cozy little home, curled up on the plush sofa I affectionately call “The Jewish Aunt,” waiting for Malone to come home from work. But I knew that was not going to happen. I learned this week that all five of my novels are also listed on the Google Play site.  When I checked pulled up the listing for “Your Turn to Die” my eyes flicked to the banner on the right side of the screen. In addition to my own books were listings for Lee Child and C J Box.  That’s my kind of company!
https://play.google.com/store/books/details/Mark_Love_Your_Turn_to_Die?id=zXeFDwAAQBAJ

Rather than music today, here's a clip from the perfect movie "The Quiet Man" starring John Wayne, Barry Fitzgerald and Maureen O'Hara.

https://youtu.be/8Bm0RIs-VJU
Posted by Motown Mysteries at 9:31 AM