Deja Vu All Over Again

Last week I was reading “Deadline” by John Sandford. This is one of the Virgil Flowers mysteries and Sandford delivers a great story mixed with action, intrigue, greed, evil and more plot twists than you can imagine. Sandford is an expert at mixing in humor along the way, often at the expense of his protagonist.

One scene near the end of the story has Virgil in the midst of all kinds of craziness when a female TV reporter, who happens to be an attractive blonde, tries to get him to agree to an interview on camera.  Flowers deflects her attention and steers her toward his pal Johnson, who got Virgil involved in the case in the first place.

Johnson not only agrees to the interview but attempts to get a little friendly with the reporter. And it’s his girlfriend that calls him out on it! 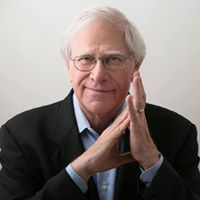 This scene came to mind because I was interviewed by a local TV reporter this week to discuss my role in another business. While it’s not directly related to my writing efforts, it does allow a certain amount of creativity.  During the interview the image of Sandford’s characters were right there with me.  Unlike Johnson, I kept my hands to myself.  I didn’t want to push the envelope where life was imitating art imitating life. 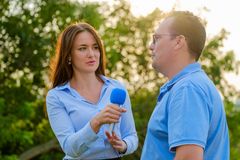 Since I’m writing about interviews, here’s an excerpt from “Why 319?”  In this scene, the squad gets caught up in a deadly exchange with a suspect while trying to serve a search warrant. The action drew the attention of the local media.

The bomb squad did their job well. As Kozlowski expected, the garage was rigged with a couple of homemade devices, ones that were easy enough to deactivate by Myers as he entered the building. Naughton and his team disarmed them and cautiously checked the rest of the property. Inside the house, they found two small devices in the bedrooms, taped in a corner of the window where they would do the most damage to any intruder. Naughton also found a stash of weapons. There were two shotguns, several handguns, and an extensive collection of knives. Everything was meticulously recorded, tagged, and bagged by the team.

Cantrell watched as Fen worked without comment, moving with precision over the bodies. It was one of the few times I could remember Pappy going longer than five minutes without a cigarette. Eventually, he walked down to the street and fired one up. He took a call, then motioned me to join him.

“That was McDonald. They found nothin’ at the shop. Guy didn’t leave his tools there, just brought his gear with him. She’s going to the hospital. Ah told her to go home after that. Ain’t no need for her here.”

I nodded in agreement. Pappy seemed to be waiting for me, but I didn’t know what to say.

“Y’all had no way of knowing this would happen, Chene. Don’t beat yourself up over it.”

“We came to question him and to search the property. But a cop died because of me, Pappy. I must have missed something.”

He fixed me with a stare that shut me up. “Y’all can’t miss what ain’t there. He died saving that Bloomfield girlie. He knew what this job was about. Y’all do.”

“Y’all keep digging. Find sumthin that will make sense of this mess. Ah need to talk to the damn media.”

At the end of the street, I could see several of the local news vans, their antenna towers jutting out into the darkening sky. There were enough harsh lights from the camera crews to guide an aircraft in for a landing. As Cantrell trudged up the street, I turned back to the house.

This last Friday was the funeral service for Aretha Franklin.  Here's one of my favorites from the Queen of Soul. 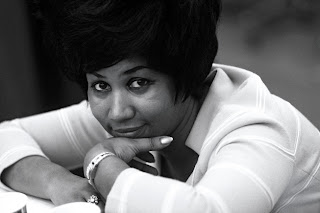 https://youtu.be/Ip_pjb5_fgA
Posted by Motown Mysteries at 7:45 AM