Two characters that I’ve created are Jamie Richmond and Jefferson Chene are obviously my favorites. While both are intrigued by mysteries and love the challenge of unraveling the clues to see where they lead, they are as different as the night is to the day.

Chene was abandoned at birth and raised in an orphanage. As such, he knows nothing about his biological parents.  Jamie came from a traditional family, until her father died when she was only seven years old. Her mother, Vera, raised her along with help from a succession of step-fathers, particularly Bert.

Trying to gauge the impact a mother has on her children is difficult when I’m writing. I’ve witnessed it firsthand over the years, from my own wife’s interactions with the kids, along with those of friends, family and neighbors. No two are exactly the same. Just as each child is different, each mother takes their own approach to help shape and mold their children into happy, amazing adults.

So here’s to mothers everywhere on this special day. Personally, mothers should be recognized daily for all of their efforts. The love and caring doesn’t stop when the kids leave the nest, no matter how near or far they travel. 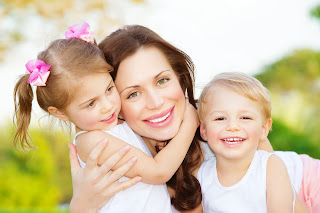 While she was mentioned in the earlier books, Jamie’s mother made her first appearance in “Fleeing Beauty”.  Here’s the excerpt that marks her arrival. In this scene, Jamie and her friend Ian are wrapping up a day’s work at the studio.

Ian was closing up the rolltop desk as I went to open the door. Releasing the lock, I pulled the door open partway, letting it rest against my shoulder. It’s a good thing I did that, because what greeted me was so stunning that I almost fell over.

She was standing there with a gentle smile on her face. Wearing modest heels, she was still an inch shorter than me. Her hair was the color of sand, with a few blonde highlights sprinkled in for good effect. She was wearing a linen suit in an ivory color, the skirt not quite reaching her knees. The silk blouse shimmered in the light, giving me the impression she was sparkling with energy. Her face was free of wrinkles or shadows. Her makeup was perfect. Even from three feet away, I caught a whiff of her delicate perfume.

“Well, Jamie, are you just going to stand there or are you going to invite us in?” Her voice was strong, with just a hint of annoyance.

I hadn’t noticed there were other people behind her. Lincoln Banning and Helen Gaines flanked her. Drawing a breath, I pushed the door open and stepped back. Vera reached up and put her hands on my shoulders. She leaned close, but not near enough for an embrace and did the air kiss routine toward each cheek. Then she swept past me into the room, trailing the attorneys. She canted her head in Ian’s direction.

“And who is this handsome young man?” she cooed.

Ian wiped his palms on the back of his shorts and came forward. I introduced him to everyone. Vera was sizing him up like a pony at the rodeo.

“I didn’t think you were coming to town for a week or more.”

Vera fluttered a hand at me as if she were shooing away a pigeon. “Well, once my friends heard about the discovery, they insisted on expediting our trip. We flew to Hawaii. Another friend suggested I use his private jet to come to the mainland. I’d forgotten how tedious international travel can be.”

“We did try and call you, Jamie,” Lincoln Banning said, “as soon as I knew Vera was in town. I left several messages on your phone.”

Vera walked around the studio, stopping in front of the worktable with the lone sculpture on it. Slowly she brought one hand up to her mouth. No one said a word as she stared at it. Vera reached out and delicately ran her fingers over the figures.

“I remember this one. The lines were giving him fits. He just couldn’t seem to get it right. Peter was such a perfectionist.”

“That he was,” Lincoln said. “Even after all these years under wraps, this is an amazing piece of art.”

Vera spun to face me. “Linc said there are many more. I’d like to see them.”

“They are in the storeroom.” While we’d been talking, Ian moved over by the hidden switch. I nodded and he unlocked the door and swung the panel open.

Vera led the way. I followed with Lincoln right beside me. Helen Gaines walked a few steps further back. Ian stayed by the doorway.

I explained the process and the videos we had taken so far. The group slowly made its way down the aisle, taking the time to examine each piece. Helen remained out of the way. I glanced over my shoulder in her direction. Her face was etched in wonder. I could relate.

I was studying Vera. It looked like her energy was fading.

“I’m afraid jet lag is catching up with me,” Vera said. “I’ll have Benjamin drive me out to the hotel.”

Vera gave me a gentle smile. “He’s the limousine driver. My friend insisted that I use his private car and driver while I am in town. I’m staying at the Hotel Baronette in Novi. Come for dinner. Eight o’clock. The hotel has an excellent restaurant.”

All I could do was nod. With the two attorneys flanking her, Vera made her exit. Ian appeared alongside me.

If you enjoyed this excerpt, you’ll be happy to learn that the new short story with Jamie is being released June 19. 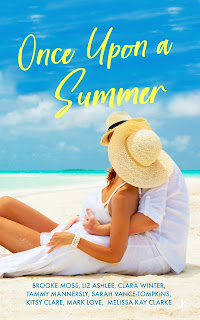 https://youtu.be/9i3JXGtC_os
Posted by Motown Mysteries at 7:26 AM