You just never know when or where inspiration will strike. There are times when I’m just going about my business and I’ll overhear a snippet of conversation, or witness the interaction between others and it’s like a firecracker busting loose on the Fourth of July.  On rare occasions I’ve been known to mutter ‘holy shit’ or words to that effect.  The idea may not have anything of substance to do with what I just saw, it’s merely the way my neurons connected it.

I’ve had people ask me where I get my ideas for stories from. Usually I’ll just give them a sage nod and say, ‘yes’, which just adds to their confusion. There really is no way to explain it.

So this week I was looking for a little inspiration.  A few writing friends passed along the link below about a flash fiction contest.  This was a chance to win up to   $ 20,000 for 100 words.  While I’m a fan of brevity, putting together a story in so few words isn’t something I’ve ever tried before. But for that kind of dough, it was worth a shot.

Of course, after submitting my entry, I realized this was the foundation for a much longer tale. Not sure when I’m going to get the chance to elaborate on it, but at least the inspiration is there, quietly percolating.

Here’s an excerpt from “Devious” that fits in with the inspiration. In this scene Jamie and Malone have started dating, but they’re still getting to know each other.

It was after ten when we went out for breakfast. My cupboards were barren. I promised Malone I'd go grocery shopping today. Over waffles and bacon, he caught me staring at him. I was having grapefruit and coffee. I was willing to control one appetite while the other was being satiated.
"What's on your mind, Jamie?"
"I don't know where to start."
"Make believe it's a book. Try the beginning."
I laughed. "I never start at the beginning. I usually work from the middle, then write the ending and work backwards."
"Okay, start in the middle." I noticed the twinkle had returned to his eyes when he smiled.
"Let's start with you. Do you realize, it's been two weeks since we’ve been seeing each other, and I know more about my dry cleaner than I do about you?" I swiped a piece of bacon from his plate, hoping he wouldn't notice.
"What do you want to know?" He motioned the waitress over to refill our coffees.
"Everything, Malone, I don't even know your first name."
"What’s in a name?” His eyes were turning me on, making it difficult to sit still. “Does it really matter?”
"I guess not."
He chuckled. "How about if I give you a profile? I'm forty-two, divorced, no kids, like skiing, sailing, baseball and football. I've been a state trooper for seventeen years and never wanted to be anything else. I like classical music but not opera, jazz but not reggae. Don't even mention rap. I prefer to sleep in the raw.  I drink coffee black, without any fruity flavors in it. Good enough?"
Some profile. My character sketches are more detailed than that. "For now. But you still didn't tell me your name."
"I only use Malone. Your turn."
"For what?"
"Your profile. Pretend it's for a famous magazine ad." He held his coffee cup in both hands as he sipped, letting the steam rise before his eyes.
"Okay. I'm thirty-one, never been married, seven kids by seven different men, I like opera and reggae and some rap. I like almost all sports. I have a degree in journalism. All I’ve ever wanted to do is be a writer. I don’t even know where my diploma is. I’m a packrat, but when the seasons change, I make it a point to throw stuff out, like old boyfriends, and get organized.”
The look on his face was a cross between disgust and humor. "Rap music?”
"Some of it’s good.” 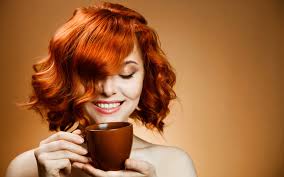 Here's an oldie that was just playing on Pandora. While it's been covered by many artists, but this version by the Mamas and Papas is still my favorite.


https://youtu.be/ajwnmkEqYpo
Posted by Motown Mysteries at 8:27 AM