Today it's my pleasure to feature another Michigan author.  Susan Vaughn's roots extend to Motown as well, so that makes us kindred spirits.

Here's a blurb about her new release, "Beyond Fate".


Years of separation mean nothing when love is in the air…

Julia Diaz never wanted to fall for her friend's older brother, especially at a college frat party. But, for some reason, her heart was stolen by Russell that night. Eight years after, she never forgot him. Now destiny has brought them together. Only this time Russell is no longer a boy. He’s a man who knows what he wants and will not be denied.

Russell Webb used to be optimistic, and fun loving until a family tragedy turned his world on its side. Putting all his focus on work, he picked himself back up, and managed to turn his grief into something resembling a life. When a woman from his past reappears, and gives him a glimpse of true happiness, he’ll do anything to secure her heart. Even face the darkness he has avoided for so long.

And here's an excerpt to get your attention.

You’re not going anywhere.” He tightened his arms. The thought of her leaving made him feel desperate.
Her smile broadened. “I have to.”
“Nope.”
“Yes, Russ.”
“Sorry, Julia.” He leaned in, inhaling her sweet, jasmine scent. “You are going to have to live here now.”
She laughed loudly at his suggestion. The sound was deep, sexy, and marvelous.
“What? You don’t want to live with twenty smelly, grown men?”
She wiped her eyes, shaking her head no.
“Well, maybe I should take you back to the library bathroom, until you change your mind.”
She broke out of his arms. “Do it and die.”
He grabbed her back to him in a hurry, not ready to throw in the towel.
“Stop distracting me.” She cupped his face in her hands, and moved closer to him. “I’m here to offer you a reward.”
“What’s my reward?” He felt his body tighten with need as the curves of her full chest pushed against his shirt. She looked up at him, her eyes dancing hazel, this time, with desire.
“This.” She pressed her answer against his lips, and then he could no longer feel his toes.
The kiss was slow, murderously slow. Her lips were soft, silky, and warm. She tasted tantalizing and delicious. He groaned, pulling her closer, sinking into her. She met him, opening her mouth for his tongue, pressing their bodies together. The moment of sweet was over, and suddenly the kiss became desperate, hot, and sensual. He ran his hands down her waist, and she licked his lower lip, before sucking it in.
He pulled his lips away, to drag them down her neck. “I want you.”
“I know.” She sighed, pushing out of his arms. “But not here.” 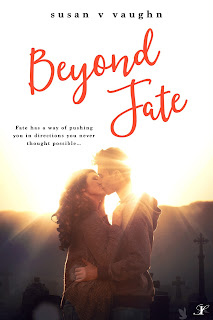 Posted by Motown Mysteries at 2:37 PM No comments: